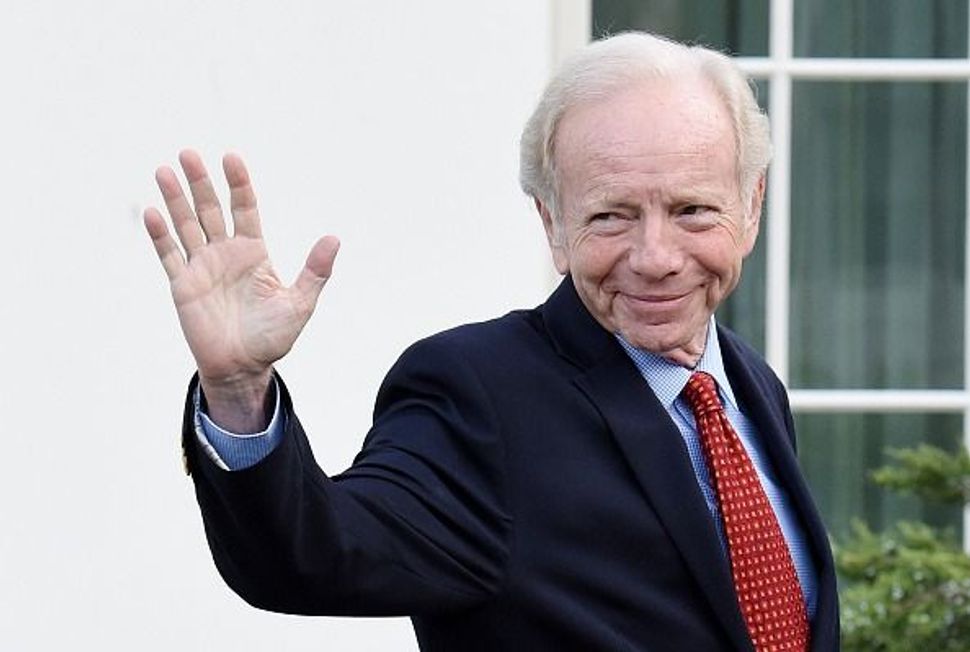 Lieberman, former senator from Connecticut, was one of four candidates interviewed by the president in May 2017, the week after James Comey was fired from the post, according to The New York Times.

At a panel discussion with former Treasury Secretary Jack Lew on Thursday night, at the Temple Emanu-El Streicker Center in New York City, Lieberman used the Hebrew phrase “Baruch Hashem,” or “Thank God,” to describe his relief at turning the opportunity down.

“The President asked me to take the job, and I was torn because I am actually very happy with my life today,” he shared with the crowd. “But I have this public service gene that, as Hadassah said, it’s kind of an infectious disease for which there has not yet been found a cure.”

He said he called his friend, the late Senator John McCain, for advice. McCain told him to go for it.

“‘Because it’s a call to serve your country. Have you ever turned that down before?’” Lieberman recalled him saying. “So I said, ‘You know what? You are the last person I should’ve called.’”

Lieberman said that what ultimately dissuaded him was that that week Trump asked Marc Kasowitz, a senior partner at the law firm Liberman works for, to represent him in the Russia investigation.

“Anyway, that was the end of that,” Lieberman said, “and Baruch Hashem.”