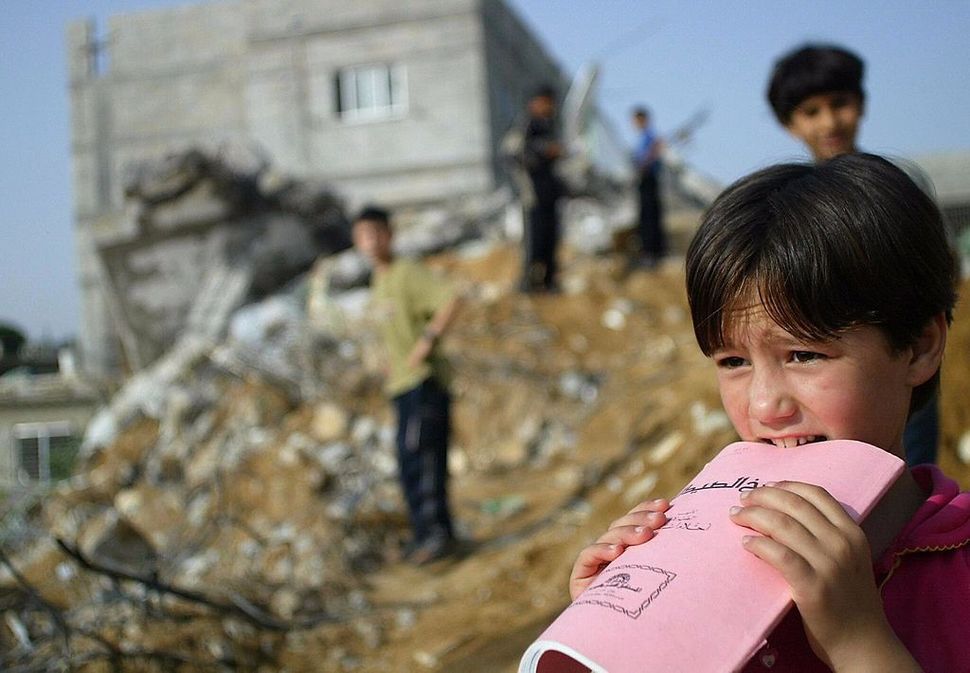 WASHINGTON (JTA) — Reports of rollbacks in Palestinian aid projects are emerging as massive cuts in U.S. aid to the Palestinians kick in.

The Associated Press reported Tuesday that up to 90,000 Palestinians will not get food aid in programs that are administered by nongovernmental organizations funded by U.S. assistance.

NPR reported last week that a major sewage project in Jericho, near completion, will be discarded, and that a school planned for the Bethlehem area also will be abandoned. The U.S. Agency for International Development will sack most of its staff in the region, NPR said.

Legislation that passed last year mandates massive cuts — estimated at more than $200 million — to the Palestinians until they stop recompensing the families of Palestinians who have attacked Israelis. President Trump has authorized additional cuts, including to UNRWA, the United Nations agency that administers to Palestinians and their descendants.

The Daily Beast reported Tuesday that the legislation triggering liability inadvertently affects U.S. funding for Palestinian security forces, which Israel considers critical in keeping the peace in the West Bank. Lawmakers are scrambling to amend the legislation to allow a cutout for assistance to the Palestinian security force, the report said, but have been stymied by the monthlong U.S. government shutdown.