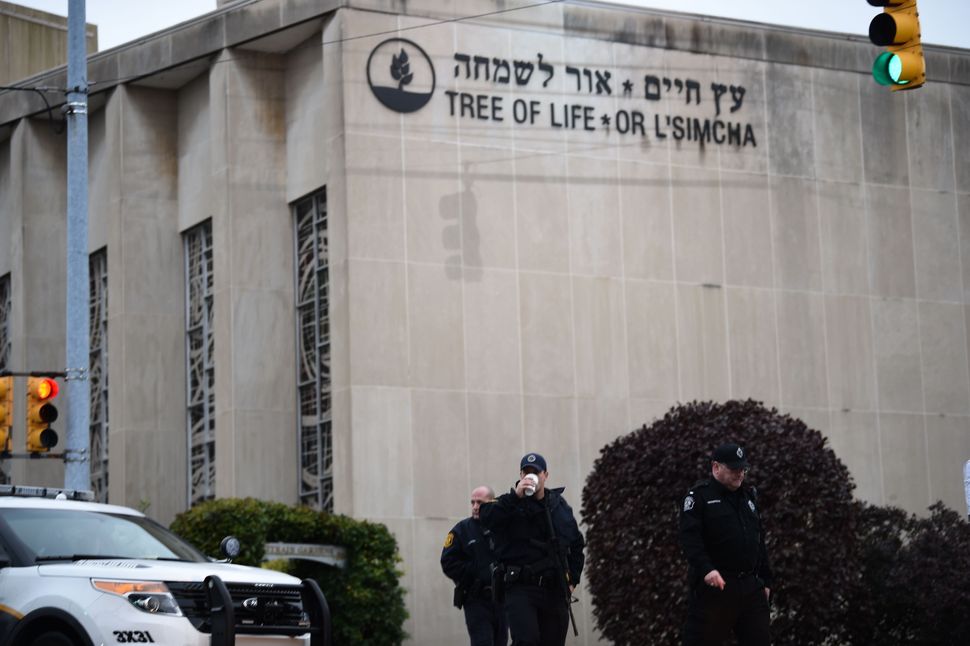 Murders at the hand of extremists were up 35% in 2018, with right-wing extremists responsible for more deaths than any other year in more than two decades, the Anti-Defamation League reported Wednesday.

The ADL’s Center on Extremism tracked 50 extremism-related murders last year, according to the new edition of its Murder and Extremism Report. All of them were conducted by right-wing extremists (one perpetrator also had alleged ties to Islamist extremism). That number made 2018 the deadliest year for right-wing extremists since the Oklahoma City bombing in 1995, which killed 171.

The 2018 death toll was the fourth-highest overall regardless of category since 1970. The last four years have comprised four of the six deadliest years for extremist killings in that timeframe.

Among the murders tracked in the ADL’s analysis were the mass shootings at Marjory Stoneman Douglas High School in Parkland, Florida, which killed 17; Tree of Life*Or L’Simcha Synagogue in Pittsburgh, which killed 11; and a Waffle House in Nashville. All of the suspects in those cases had expressed support online for far-right ideologies.

“The white supremacist attack in Pittsburgh should serve as a wake-up call to everyone about the deadly consequences of hateful rhetoric,” ADL CEO Jonathan Greenblatt said in a statement. “It’s time for our nation’s leaders to appropriately recognize the severity of the threat and to devote the necessary resources to address the scourge of right-wing extremism.”

The study also found that over the last 10 years, around three-quarters of extremism-related killings were conducted by right-wing extremists, with only a quarter conducted by Islamist extremists.