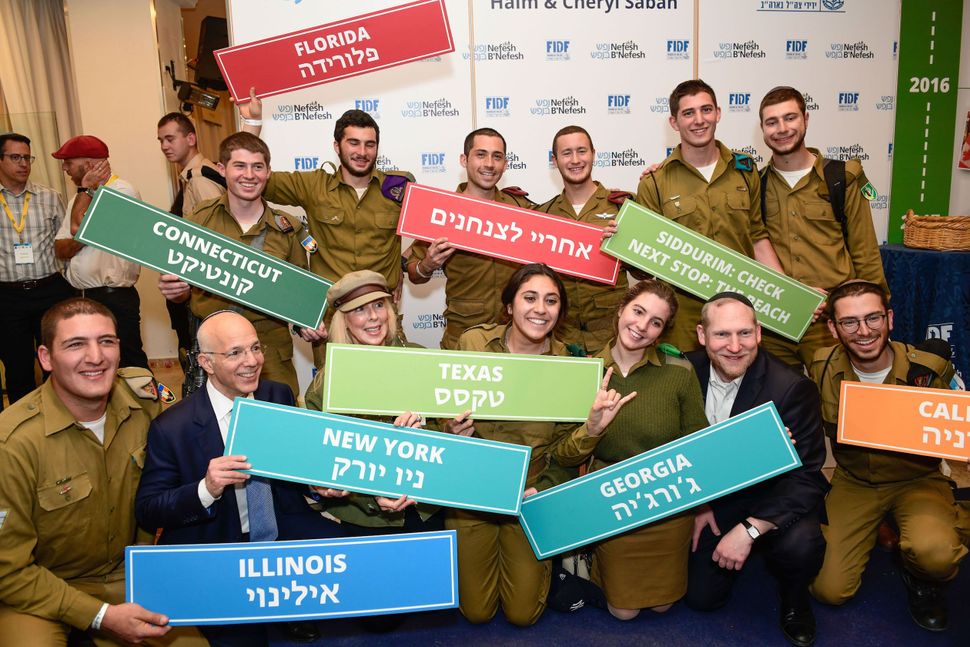 Lone Soldiers in the Israeli Defense Forces were helped out and shown appreciation on Thursday for “Yom Siddurim,” or Personal Errands Day.

Nefesh B’Nefesh and Friends of the Israel Defense Forces hosted the sixth annual event, in which several agencies help lone soldiers, someone without immediate family in Israel who enlists in the IDF, check off their logistical tasks within the Israeli bureaucracy so they can enjoy their days off. Many of those soldiers are Americans either immigrating to Israel or who feel called to serve and then return to the U.S.

In that one day, Lone Soldiers could test for their driver’s license, have a tax consultation, get help with a passport or ID and look for a post-army job at an employment workshop. According to Nefesh B’Nefesh, about 1,600 participated from personal errands day.

Israeli Prime Minister Benjamin Netanyahu was at the event, along with representatives from the Ministry of Aliyah and Integration, Ministry of Interior, The Jewish Agency, Keren Kayemeth LeIsrael and the Jewish National Fund-USA.