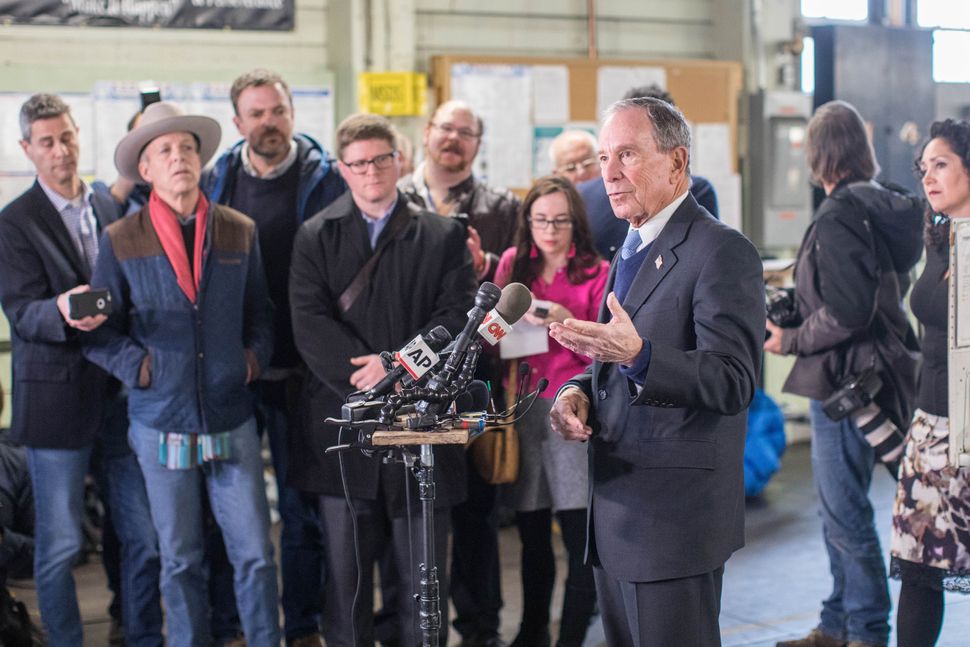 At a press event in New Hampshire on Tuesday, billionaire businessman Michael Bloomberg said that Senator Elizabeth Warren’s proposal to tax the ultra-rich was “probably unconstitutional,” and suggested it could lead to people “starving to death,” as in Venezuela.

“We shouldn’t be embarrassed about our system,” Bloomberg said of the Warren proposal, according to a report in Politico. “You want to look at a system that’s not capitalistic, just take a look at what was perhaps the wealthiest country in the world and now people are starving to death. It’s called Venezuela.”

He also criticized other progressive proposals of likely 2020 contenders, including Senator Kamala Harris’s pitch for Medicare for All, and Senator Bernie Sanders’s call for free college education, according to Politico.

On Twitter on Tuesday afternoon, Warren shot back. “Billionaires like Howard Schultz & Michael Bloomberg want to keep a rigged system in place that benefits only them and their buddies,” Warren wrote. “And they plan to spend gobs of cash to try and buy the Presidency to keep it that way. Not on my watch.”