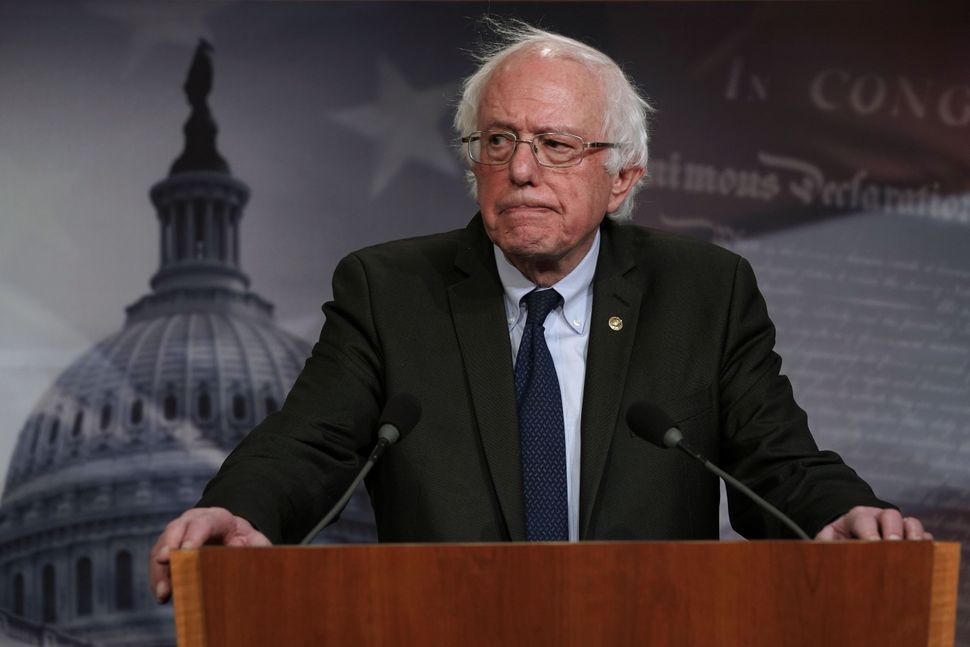 (JTA) — A Republican Party organization in northwestern Minnesota has come under fire for a Facebook post comparing Sen. Bernie Sanders to Adolf Hitler.

The Clay County Republican Party later apologized and deleted the post, which it said was shared by a volunteer.

The post included side-by-side photos of Sanders and Hitler and compared several planks of their respective platforms, which are virtually the same. They include: “Called/calls himself a socialist,” “Believed/Believes state power would/will fix Germany/America;” and “Promised/Promises a political revolution.” It also references gun control and blaming Jews for Germany’s problems and blaming the rich for America’s problems. The lists are under the caption: “Those who do not learn from history are condemned to repeat its mistakes.”

“The recent post that was shared by a volunteer on the Facebook page for the Clay County Republican Party has been taken down. Whether it’s the Democrats comparing Donald Trump to Hitler or Republicans comparing Bernie Sanders to Hitler, it is wrong, stupid, and inappropriate. We sincerely apologize,” the party said in a statement to The Hill.

Sanders, who is Jewish and an independent Senator from Vermont, last week declared his candidacy in the crowded Democratic race for the presidential nomination for president in 2020.

Jewish Community Action of Minnesota condemned the post in a series of tweets.

“There are a LOT of reasons this is a ridiculous, spurious comparison, and even more reasons why its deeply offensive, and anti-Semitic,” the JCA tweeted.

“First, and this should go without saying, comparing any Jew to the Nazis is bad form. Hitler was responsible for the murder of 6 million Jews. This is especially gross because Bernie Sanders has talked publicly about his own family members’ murdered in the Holocaust,” the tweet said.