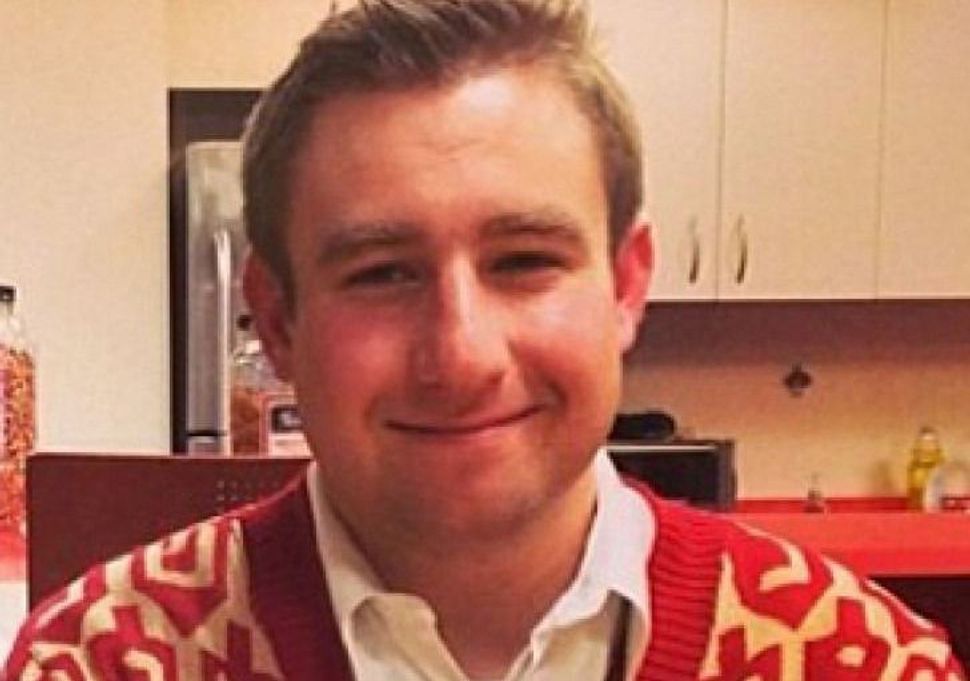 Seth Rich in an undated photograph. Image by GoFundMe

A pro-Trump conspiracy theorist who had amplified the conspiracy theories around the murder of Seth Rich, the Jewish Democratic National Committee staffer, apologized to Rich’s family, RollingStone.com reported.

On Monday, the website InfoWars.com, which is run by the conspiracy theorist Alex Jones, retracted a column by one of its “correspondents,” Jeremy Corsi, and issued a formal apology to Rich’s family. Corsi’s column had claimed that Rich and his brother had helped leak emails from the DNC to Wikileaks, and was subsequently murdered by people loyal to Hillary Clinton.

The apology states that Corsi’s “allegations were not based upon any independent factual knowledge regarding Seth or Aaron Rich.” The article retracted was meant to defend pro-Trump operative Roger Stone against evidence that he knew in advance that Wikileaks had obtained the DNC emails.

The Rich family has successfully sued news organizations for defamation following their publication of conspiracy theories about Rich’s murder. The family sued Fox News in March 2018, and sued the Washington Times, the outlet that originally published the statement upon which Corsi’s conspiracy article was based. (The Times’ retracted that article in September 2018.)

In a statement, Aaron Rich said, “I acknowledge the apology of Dr. Jerome Corsi for his false accusations about me, my late brother and my family, and I look forward to my day in court against others who have made similar false statements.”