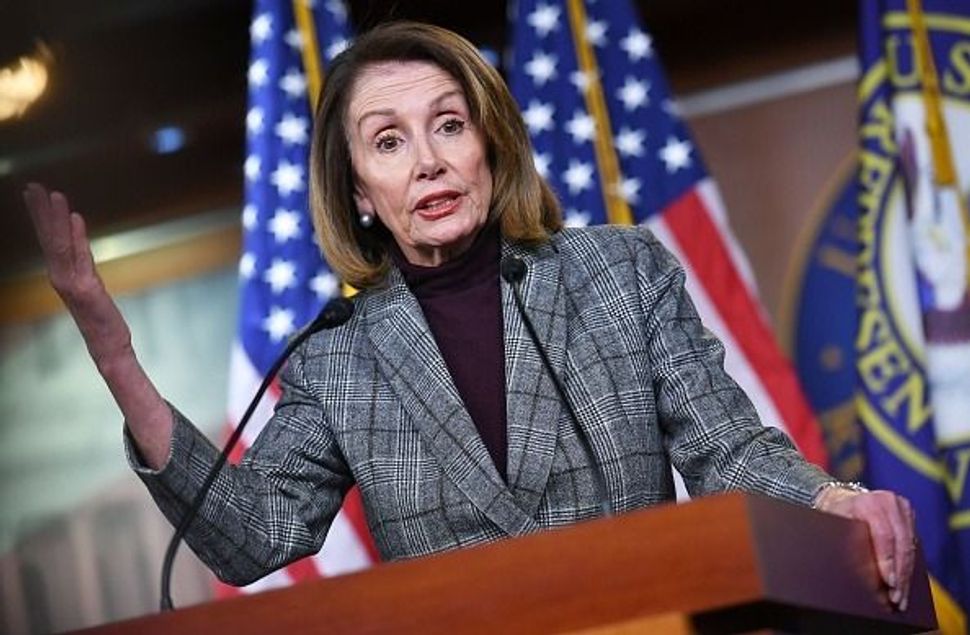 Pelosi met with senior members of the Congressional Black Caucus for 20 minutes to discuss a new resolution condemning anti-Semitism. The group did not back the original draft, claiming it singled out Omar, a freshman congresswoman from Minnesota, for her remarks about Israel.

It’s a new situation for Pelosi, who hasn’t often found herself at odds with the party’s black and progressive House caucuses. Now she’s trying to the balance the resolution’s language to satisfy all House Democrats.

She had called the emergency meeting to hear both sides of the debate, according to Politico, and it ended without a final decision.

The resolution currently condemns the “dual loyalty” trope Omar is accused of spreading, in addition to other other slanderous comments that have been heard from Republican leaders. Representative Ted Deutch of Florida, who was among the Jewish members in the meeting, said he found Omar’s recent remark, that she felt pressure to pledge “allegiance” to Israel, hurtful.

Pelosi was asked Wednesday by NBC if she felt pressure to put out resolutions every time there was an offensive comment.

“I don’t think so, and I don’t think this is just about comments by Congresswoman Omar, which I do not think were intentionally anti-Semitic,” she said.