Brooklyn To Name Building After RBG As 86th Birthday Present 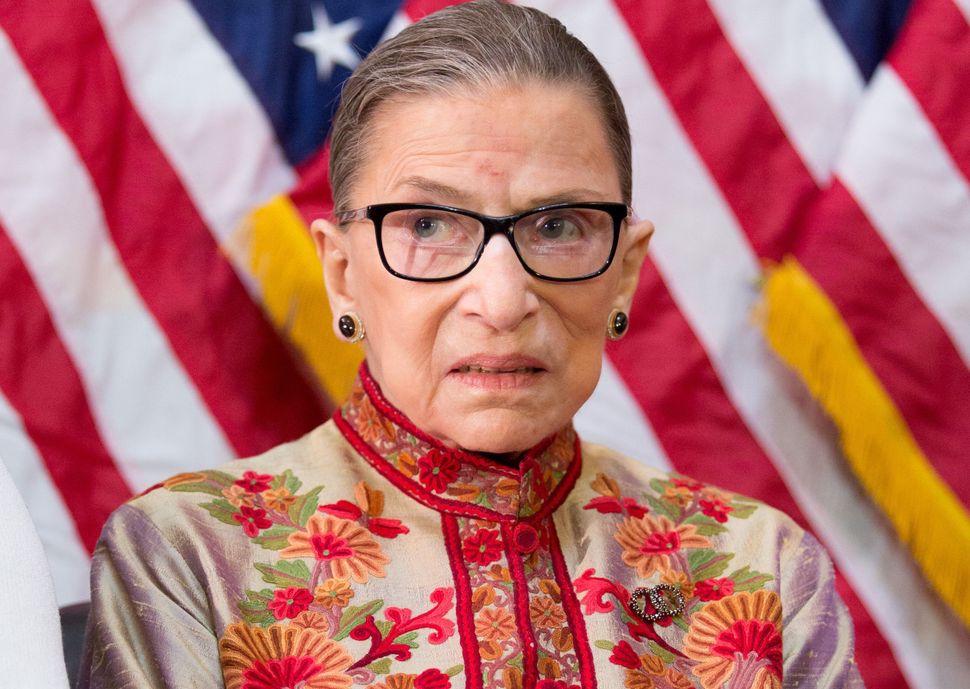 Brooklyn is re-naming a building after Supreme Court Justice Ruth Bader Ginsburg in honor of her 86th birthday, the Daily News reported.

Ginsburg, who was born and raised in the borough, was reportedly pleased to hear about the honor. The re-naming is part of a celebration of Ginsburg’s birthday, March 15, which will take place this Friday at Brooklyn’s Borough Hall, and will feature a screening of the celebrated documentary about her life, “RBG,” as well as a cake.

“We’ve talked about this and asked, ‘How do we honor such an icon?’ and it was simple — we make statues and name buildings after her,” Adams said.

The building in question is the Brooklyn Municipal Building, a 1926 government building with tall stone columns in front. The only thing standing in the way in the building being so renamed is sign-off from the mayor’s office.

Brooklyn To Name Building After RBG As 86th Birthday Present