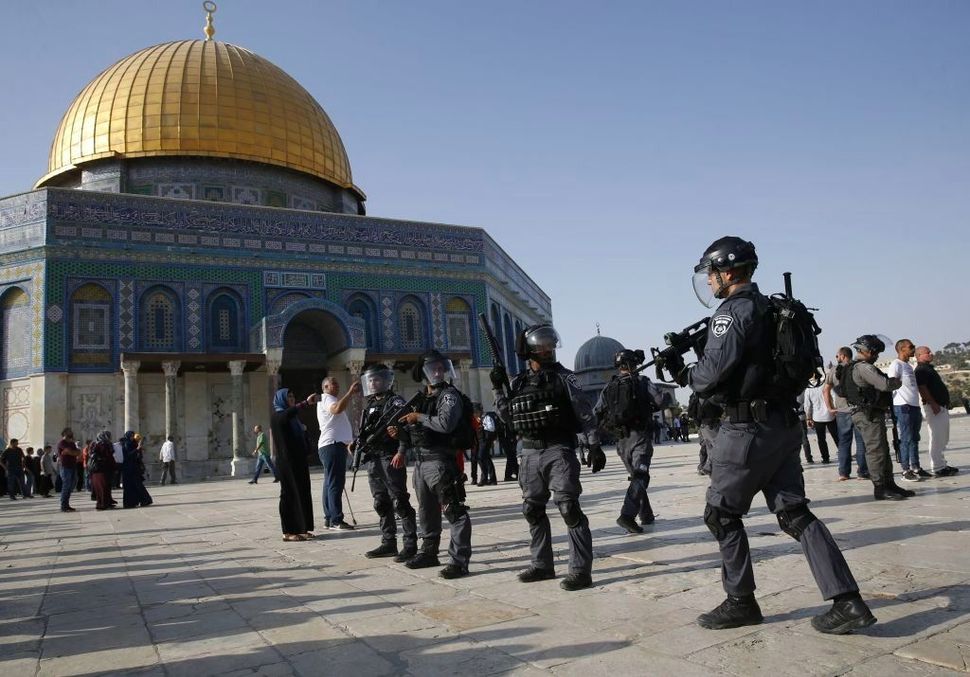 JERUSALEM (JTA) — All entrances and exits to the Temple Mount were closed by Israel Police after a firebomb was thrown at a police outpost at the site.

The police said in a statement Tuesday afternoon following the attack that one of the suspects was identified and detained.

Dozens of police officers reportedly entered the Temple Mount compound after the incident and worshippers were ordered to leave. Clashes reportedly broke out between police and Muslim worshippers.

Police and Muslim worshippers have repeatedly clashed in recent weeks over the Bab al-Rahma structure, located at the Golden Gate, or the Gate of Mercy, the only eastern gate to the Temple Mount. The building has been closed and locked since 2003 because police determined that the Islamic heritage organization that had operated out of the building was associated with Hamas.

The Waqf, which oversees Islamic holy sites including the Temple Mount site, and worshippers have called for the area to be reopened. Worshippers have forced the site open and entered for prayers several times in recent weeks.

Jordanian and Israeli officials have meet several times in an effort to solve the situation, but have not come to an agreement.

On Monday, Interior Minister Gilad Erdan said that “there will not be another mosque” at the site.