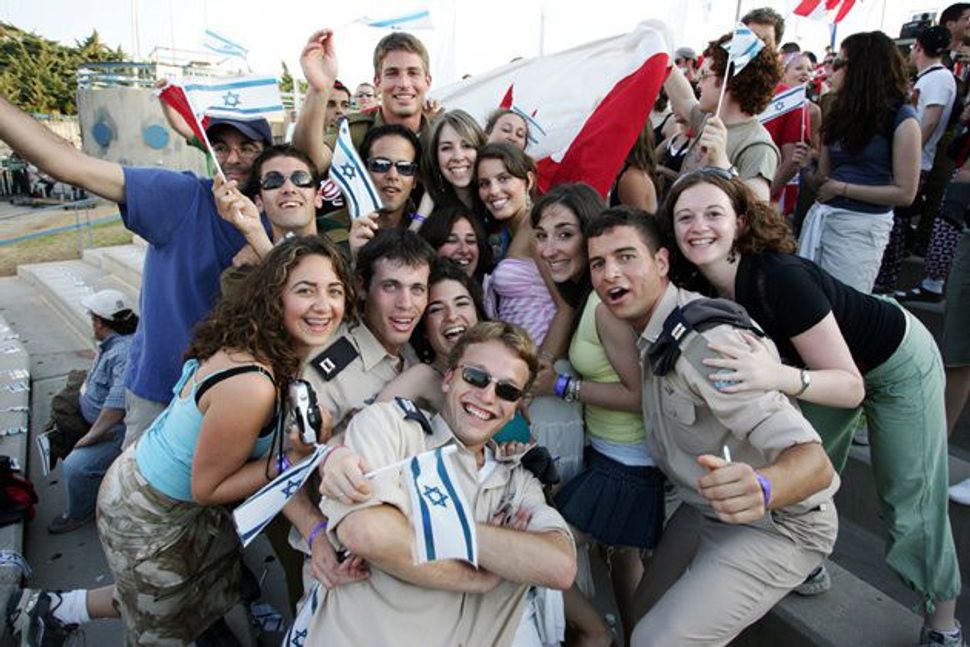 (JTA) — J Street, the liberal Israel policy group, will compete with Birthright by launching its own free trip to Israel for college students.

The trip will aim to introduce students firsthand to the Israeli-Palestinian conflict and the lives of Israelis and Palestinians. Organized by J Street U, the group’s college arm, it will take 40 students to Israel and the West Bank for 10 days in July. Along with visiting sites in Israel, the group will meet Palestinian activists, Israeli social justice activists and Israeli settlers.

“American Jews want to visit Israel — and we want to develop a deeper understanding of what life is like there,” said Zachary Spitz, a senior at the University of Chicago and a J Street U board member, in a press release Wednesday. “That means meeting with both Israelis and Palestinians — and learning what life is like for those living under occupation.”

Birthright, the free 10-day trip to Israel for Jewish young adults, has included more than half a million participants over two decades. But it’s received criticism from left-wing activists who say it does not talk enough about Israel’s occupation of the West Bank. Birthright does not visit the West Bank and groups do not hear from Palestinians.

J Street was set to run a trip through Birthright in 2011, but plans fell through, with Birthright claiming that the trip had never been approved.

Last year, groups of Birthright participants associated with the anti-occupation group IfNotNow walked off their trips in protest of its curriculum.