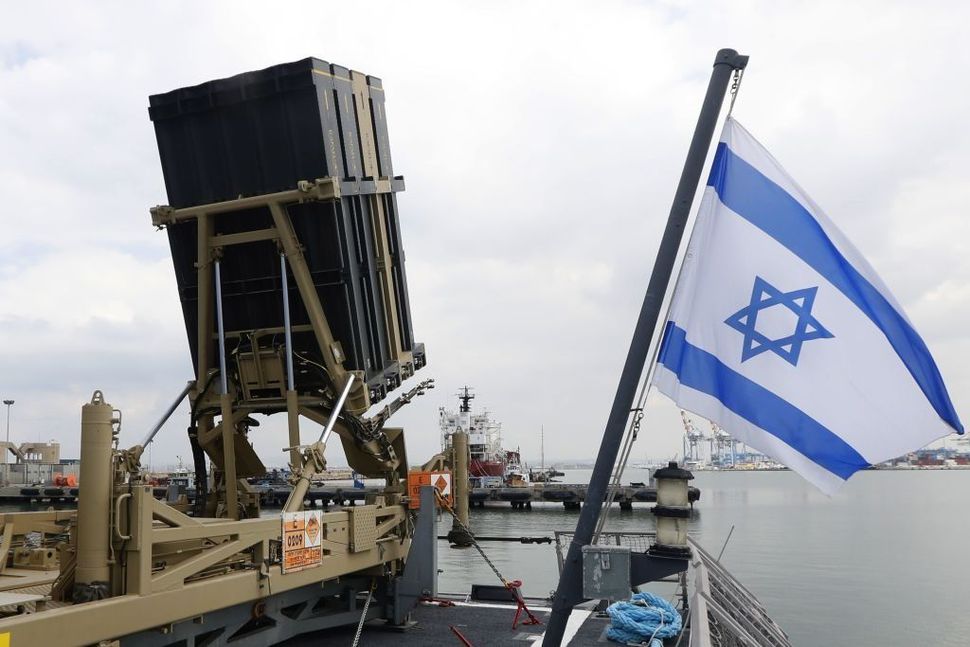 An Israeli naval Iron Dome defense system is positioned in the northern port of Haifa. Image by JACK GUEZ/AFP/Getty Images

Sirens alerted residents that rockets were coming into the area just after 9 p.m. local time.

Kan, the public broadcaster, quoted the Israeli army as saying that the rockets came from the Gaza Strip, which is controlled by Hamas. Kan said that Islamic Jihad, a terrorist group, claimed responsibility for the firing.

The Iron Dome missile defense system intercepted one and the other landed in an open area.

There were no injuries and no damage reported.

Video of Iron Dome intercept. This is right over Tel Aviv. pic.twitter.com/At74t4pAO9