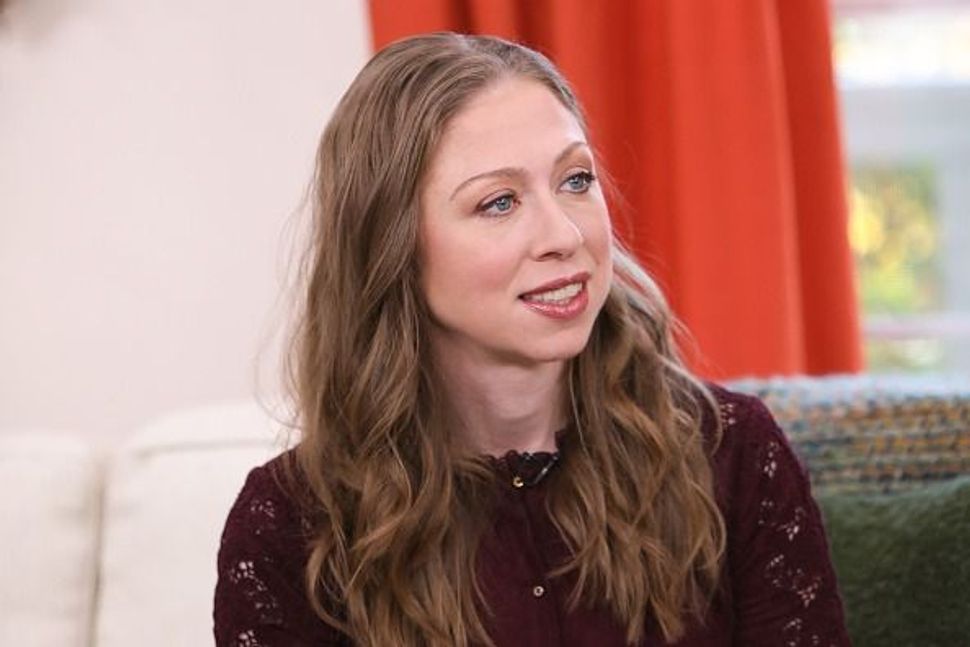 (JTA) — A Palestinian activist and an American-Israeli activist confronted Chelsea Clinton at a vigil for the 50 Muslims killed in an attack on a New Zealand mosque and accused her of being a cause of the massacre due to her criticism of an anti-Semitic tweet by New York Rep. Ilhan Omar.

The vigil was held at New York University on Friday night.

“This right here is the result of a massacre stoked by people like you and the words that you put out into the world,” NYU senior Leen Dweik, who is Muslim, told Clinton at the vigil. The exchange was filmed by NYU senior Rose Asaf, who is Jewish. The students met through the campus chapter of Students for Justice in Palestine, the Washington Post reported.

“I’m so sorry that you feel that way, certainly it was never my intention, I do believe words matter,” Clinton responded on the video.

Following Omar’s tweet that “It’s all about the Benjamins, baby,” which many described as anti-Semitic, Clinton tweeted: “We should expect all elected officials, regardless of party, and all public figures to not traffic in anti-Semitism.”  She later thanked Omar for her apology and noted that she looked forward to meeting the congresswoman so that they could talk about both anti-Semitism and Islamophobia.

Clinton is not Jewish but her husband, Mark Mezvinsky, is Jewish. She has frequently calls out anti-Semitism on Twitter.

The students published an essay about the encounter in Buzzfeed on Saturday.

“We did a double take when we first noticed Chelsea Clinton was at the vigil. Just weeks before this tragedy, we bore witness to a bigoted, anti-Muslim mob coming after Rep. Ilhan Omar for speaking the truth about the massive influence of the Israel lobby in this country,” they wrote, adding that they thought it was “inappropriate” for Clinton to show up at the vigil since she had not apologized to Omar “for the public vilification against her.”

“Chelsea hurt our fight against white supremacy when she stood by the petty weaponizers of antisemitism, showing no regard for Rep. Omar and the hatred being directed at her,” they also wrote.

In a direct message to Clinton they wrote: “We want you to know that it is dangerous to label valid criticisms of Israel and its lobby as anti-Semitic. We know that this is a tactic to silence us and deny us our free speech.”