What Does Ilhan Omar Think Of The Two-State Solution? 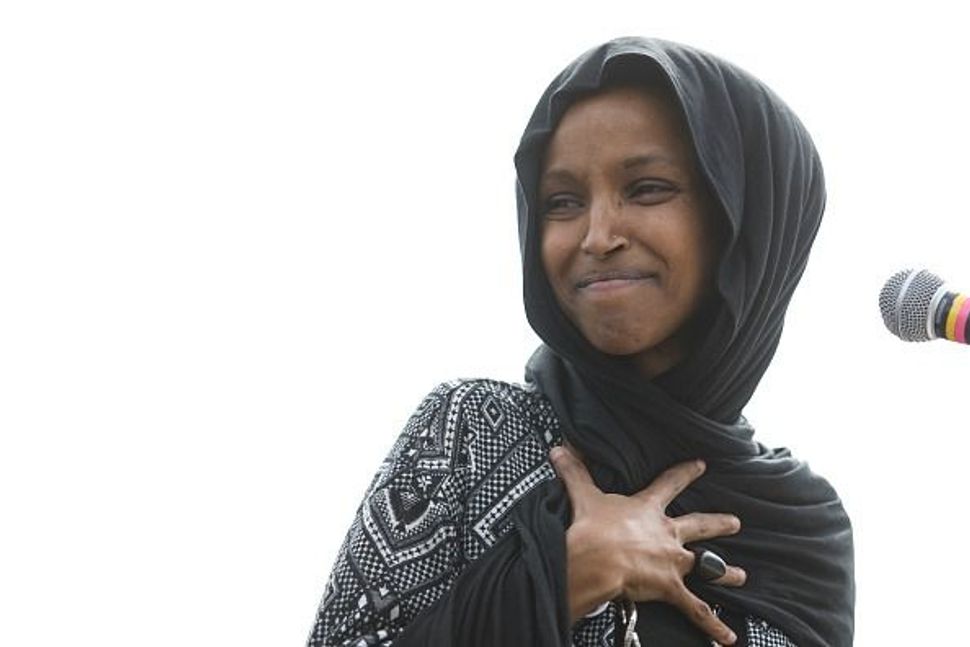 Representative Ilhan Omar recently explained in an op-ed that her support of the two-state solution in the Israeli-Palestinian conflict comes from her belief in an inclusive foreign policy.

Let’s break down her thoughts.

She said we need to emphasize the value of all human rights.

She acknowledged Israel as a homeland to the Jewish people.

Omar mentioned that Jewish people hold a historic connection to Israel, and that many of the founders “were themselves refugees who survived indescribable horrors.” She said the same goes for the Palestinians — they, too, have a historical connection, and currently they live in a state of displacement, a refugee crisis.

“I support a two-state solution, with internationally recognized borders, which allows for both Israelis and Palestinians to have their own sanctuaries and self-determination,” she wrote. It’s the balanced approach to ensuring the security and freedom for all.

She clarified her past statements about Gaza.

Omar said that she had criticized the Israeli government’s involvement in Gaza and West Bank because she believes these actions “undermine the path to peace.” She said that she felt compelled to speak out to encourage the two-state solution. “Both parties must come to the table for a final peace deal,” she said. “Violence will not bring us any closer to that day.”

What Does Ilhan Omar Think Of The Two-State Solution?