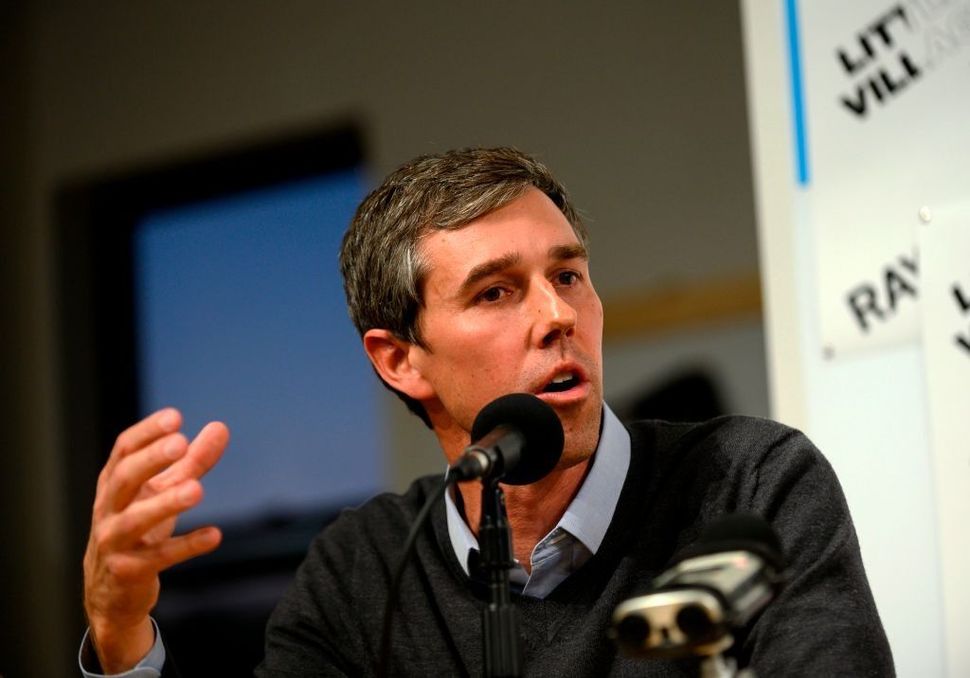 As a teenager in the late 1980s, presidential candidate Beto O’Rourke was part of a famous hacking collective called the Cult of the Dead Cow, Reuters reported Friday. Among his exploits: Publishing an interview with a Holocaust-denying neo-Nazi.

Transcripts from the taped interview, which O’Rourke published under his handle “Psychedelic Warlord” when he was around 16 in 1988, are still available online. The interview between O’Rourke, his friend Arlo Klahr, and a leader of the Aryan Nation apparently took place in a public park in El Paso, Texas where the neo-Nazi was preaching. “We weren’t really interested in his stories of Hitler or his nationality, we were trying to see what made him think the horrible things that he did,” O’Rourke explained in his account.

“Do you think it was wrong that Hitler committed genocide and killed six million Jews?” the teens asked. (The transcript usually doesn’t say which of the two asked a question)

At one point, O’Rourke pointed to Klahr and said, “He’s Jewish. Do you think he can be saved?”

“Oh yeah!” Ausderau responded – he claimed that he had Jewish ancestry and “a lot of good Jewish friends,” and that his church celebrated Passover and had Jewish congregants. But in order to be saved, the man said, Jews must accept Jesus as their savior.

O’Rourke offered to sell tapes of the interview for $3. He also provided the address of Ausderau’s church. “Feel free to write a friendly message, or send them a ‘special’ package,” he wrote. “Surely they’d appreciate some ‘fan’ mail….”

Other pieces published by O’Rourke as a teenager on the Cult of the Dead Cow website include a short essay about the possibility of a money-free society and a piece of fiction in which the narrator runs over children with his car.

The Cult of the Dead Cow is the oldest hacking group in the United States, according to Reuters, and is best known for coining the term “hacktivism” and releasing programs that could give people remote access to computers running Microsoft Windows. The article makes clear that there’s no indication that O’Rourke himself ever participated in some of the group’s more controversial hacks, although he admitted in an interview to the then-common practice of bypassing phone systems so he wouldn’t have to pay large bills for heavy internet usage.

O’Rourke and Klehr would later go on to form a punk band, Foss. O’Rourke eventually represented El Paso in Congress from 2013-2019.