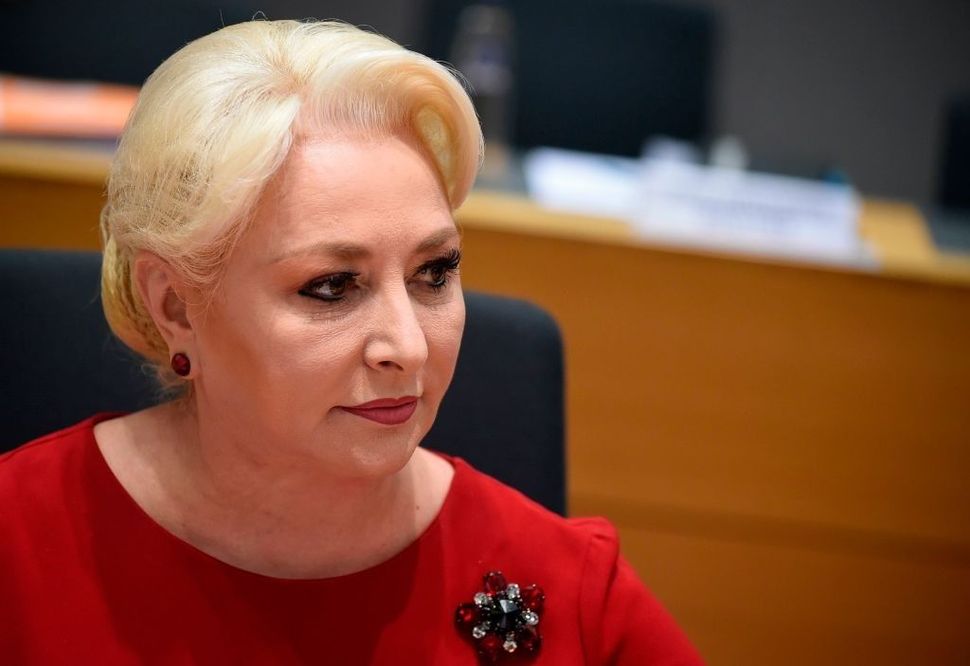 Romanian Prime Minister Viorica Dancila looks on during a EU Tripartite Social Summit at the EU headquarters in Brussels on March 20, 2019. Image by JOHN THYS/AFP/Getty Images

Romanian Prime Minister Viorica Dăncilă announced Sunday that her country will move its embassy in Israel to Jerusalem.

Speaking at the opening session of the AIPAC Policy Conference in Washington, Dăncilă explained that her government would soon make the move after having undergone a nearly year-long legal and political consultation.

Romania would become the first European Union country to make the move, which has already been done by the United States and Guatemala. The Prime Minister of Honduras and President of Cabo Verde also announced at the conference that they would open embassies in Jerusalem.

Dăncilă, who also currently holds the rotating presidency of the EU Council, pledged to defend the Jewish state in the European Union.

She also announced three new government initiatives: Citizenship for descendants of Jewish Romanians who were forced to renounce their citizenship when they left the country under the communist regime, a new compensation program for Holocaust survivors, and promising to open the government archives to specialists from the Federation of Jewish Communities in Romaina “in order to know the truth about their past during the two world wars.”