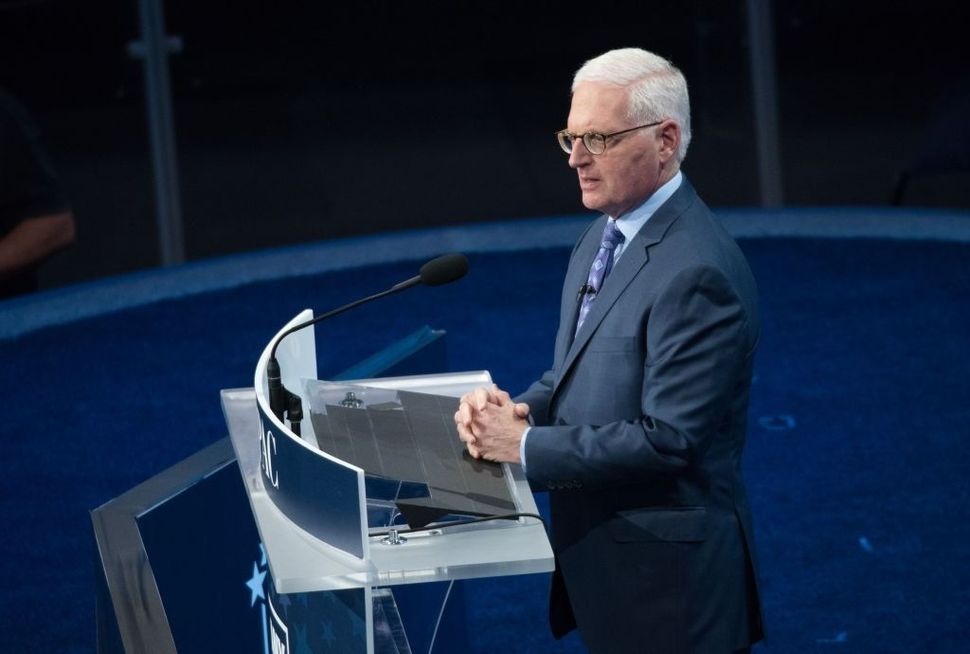 WASHINGTON (JTA) — The American Israel Public Affairs Committee, under fire from the left in a way it has not been for years, opened its conference with an emphasis on political and identity diversity, but also took a defiant tone.

As it has in previous years, the policy conference started Sunday with a diverse array of activists declaring “I am AIPAC,” but this year, a number mentioned their credentials as progressives, and a high school student said: “When people say my generation is losing faith in Israel I am an example of why they are wrong.”

MoveOn, a progressive grassroots organization, has called on Democratic presidential candidates to boycott the conference. Candidates generally do not appear at AIPAC in non-election years, and none had planned to this year, but the appearance of compliance with the demand has created a crisis for AIPAC’s brand – bipartisanship.

The boycott was spurred in part by a battle between AIPAC and its allies in Congress, and Rep. Ilhan Omar, D-Minn., who accused AIPAC of purchasing support for Israel with political contributions, and then said she felt pressure to pledge “allegiance” to Israel. (AIPAC does not donate to candidates as an organization, but its activists are expected to.) Omar was seen as invoking anti-Semitic slanders, including dual loyalty and Jewish control.

“The scurrilous charge of dual loyalty is a signal, and that signal amplified by social media is now empowering people who have long opposed our cause, our movement, and frankly everything we have built,” Howard Kohr, AIPAC’s CEO said in a fiery opening speech Sunday morning. “When they try to silence us we speak up, and when they tell us to sit down we stand up, we stand up, We. Stand. Up.”