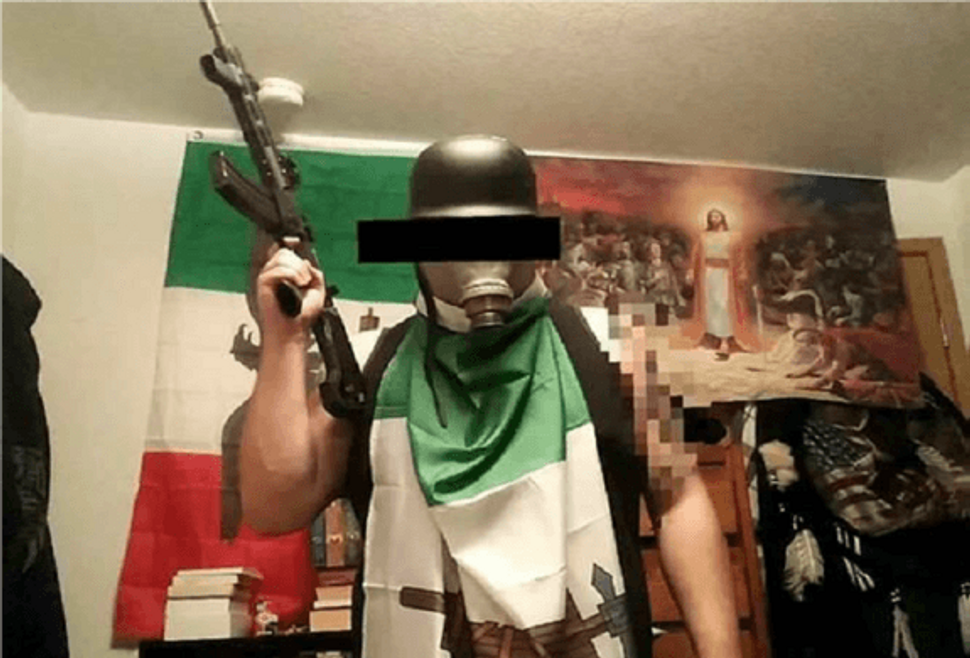 A man in Washington state was charged Monday with two felonies after allegedly writing posts on social media threatening to conduct a mass shooting targeting Jews.

Reed wrote that his plot would take place in 2025.

“I’m shooting for 30 Jews,” he posted in November. “No pun needed. Long ways away anyways. See you Goys.”

Reed was arrested in December, a month after the Anti-Defamation League alerted the FBI after researchers uncovered Reed’s posts, many of which were made under online aliases. Twelve guns were recovered from his home, as well as military helmets, gas masks and fascist symbols, all of which matched those that he featured in videos posted on social media.