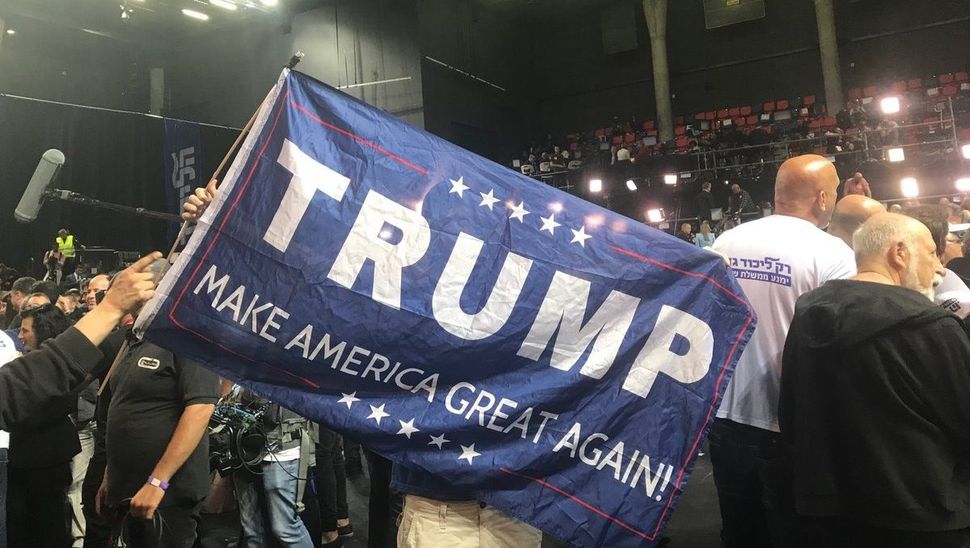 A “Make America Great Again” flag was waved at the Likud election party in Tel Aviv. Image by Neri Zilber/Twitter

Netanyahu frequently used his friendship with President Trump in his election ads. Shortly before Tuesday’s election, Trump recognized Israeli sovereignty in the Golan Heights, which was seen by some as a political victory for Netanyahu (though the prime minister’s opponents also supported the measure).

Netanyahu’s Likud party increased its seats in the 120-member Knesset from 30 to 35, and the conservative leader is widely expected to be able to form a governing coalition for his fifth term as Israel’s head of government.

The flag was spotted by Neri Zilber of Kafe Knesset.