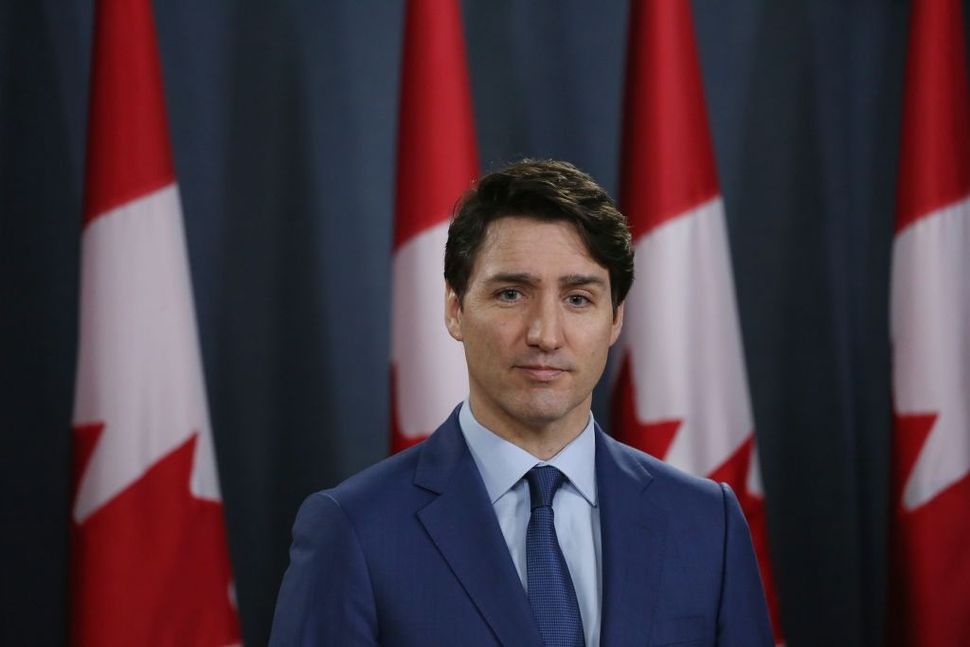 The mayor of the most heavily-Jewish city in Canada is refusing to back down in the face of criticism over his comments about a controversial bill in the Quebec legislature that would ban teachers and other government employees in positions of authority from wearing religious clothing.

William Steinberg, the mayor of the Montreal suburb of Hampstead, said last week that Bill 21 was a form of “ethnic cleansing.”

“The result [of the bill] will be that Jews , Muslims or Sikhs will not come to a place where their job opportunities are limited,” Steinberg said, according to the Montreal Gazette. “Ones who already live here will tend to leave, so that their children’s employment prospects will not be limited. This is an attempt to remove those who practice minority religions, leaving only non-believers and Christians in Quebec. This is ethnic cleansing. Not with a gun, but with a law.”

The bill, which would affect Jews who wear kippot and Muslims who wear hijabs, is opposed by Canada’s Centre for Israel and Jewish Affairs as well as local Muslim organizations.

Many other opponents of Bill 21, including Prime Minister Justin Trudeau, called on Steinberg, who is Jewish, to apologize for describing the law as a form of ethnic cleansing, which is more popularly understood to refer to genocide.

“We don’t need to go to extremes,” Trudeau said on Wednesday, according to the Canadian Press. “We can debate the bill without going too far. There are people who are extremely worried by this bill, and I understand them. But we shouldn’t use words like that.”

“I think the mayor should apologize for his comments,” Birnbaum said in a statement. “They were hurtful, deeply inappropriate and unworthy of his passionate opposition to Bill 21, which I share.”

But Steinberg has refused to back down.

“Since the phrase was ethnic cleansing not with a gun but with a law, a more accurate short description is peaceful ethnic cleansing,” he emailed the Gazette. “It will lead to fewer [religious minorities] coming to Quebec and to many already here leaving…I will not apologize for saying the truth and calling attention to the effects of this immoral bill.”

According to the Berman Jewish Databank’s 2011 study of Montreal’s Jewish population, Hampstead is more than 75% Jewish.