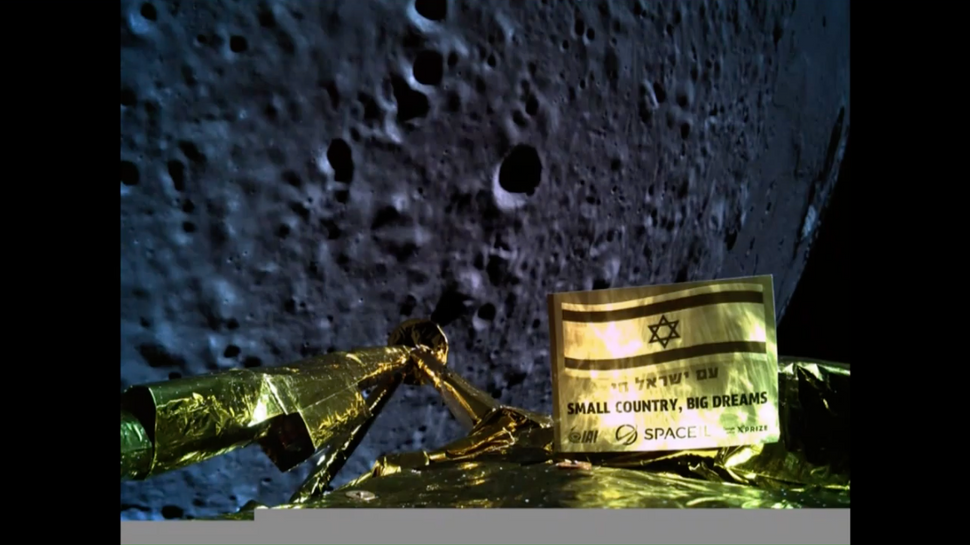 A selfie taken by the Israeli moon lander Beresheet moments before its descent. Image by spaceIL

The Israeli moon lander Beresheet on Thursday failed to be the first spacecraft built by the private sector to safely land on the moon. After entering orbit, the spacecraft lost its main engine and went into an uncontrolled descent.

The Israeli spacecraft had to tackle one of the biggest challenges of its lunar journey – the landing maneuver, the last stage of which was controlled solely by the spacecraft’s computer.

After initiating landing protocol, the control room said it lost contact with one of the landing detectors when the spacecraft was less than ten kilometers from the surface.

“According to all the sings, we won’t be the fourth country to land on the moon. We were very close on the moon. We’re on the moon, just not how we wanted. We’ll check it again and try to understand what happened,” the control room said.

In the final hours before landing, the spacecraft’s flight engineers found a flat surface where Beresheet could safely land at a time when the moon’s surface was not scorching hot from exposure to the sun. Temperatures on the moon are as high as 130 to 150 degrees Celsius (265 to 300 F.) during the lunar day – the equivalent of two weeks on Earth).