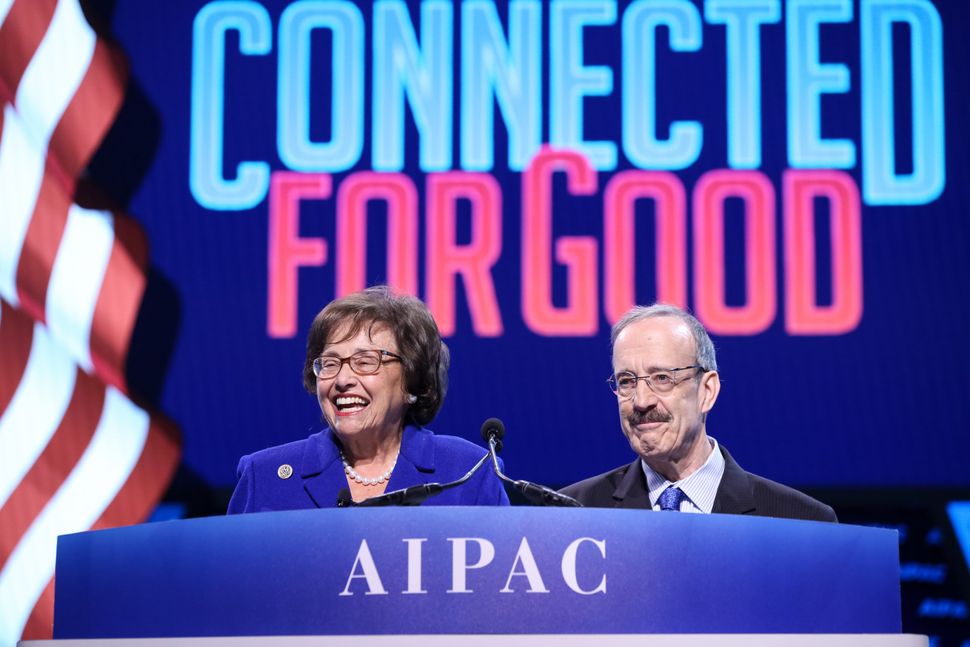 WASHINGTON (JTA) — Four Jewish Democrats in the U.S. House of Representatives known for their ties to the American Israel Public Affairs Committee warned Israel not to annex West Bank territory, days after Benjamin Netanyahu’s election-eve pledge to do just that.

The statement by Reps. Eliot Engel, D-N.Y., Nita Lowey, D-N.Y., Ted Deutch, D-Fla. and Brad Schneider, D-Ill., did not name the Israeli prime minister, but alluded to his pledge on the eve of elections that he would extend Israeli law to Jewish settlements in the West Bank, even those in remote areas that would diminish the prospects of a contiguous Palestinian state. Netanyahu won the elections.

The statement signaled a warning from the party’s most pro-Israel wing that retreating from the two-state solution would be catastrophic for efforts to maintain close ties between Democrats and Israel. There is an emerging argument among Democrats on whether to become more sharply critical of Israel under Netanyahu.

“As strong, life-long supporters of Israel, a U.S.-Israel relationship rooted in our shared values, and the two-state solution, we are greatly concerned by the possibility of Israel taking unilateral steps to annex the West Bank,” said the statement released early Friday.

The statement appeared to defer to one of Netanyahu’s talking points, that Israel maintains overall security control of the West Bank even after the establishment of a Palestinian state.

“Every one of Israel’s frontiers plays an important role in its security, and Israel’s ability to guard itself from threats is non-negotiable,” it said. “We hope that any security measures are implemented within the context of preserving the eventual possibility of a two-state solution. Two states for two peoples, negotiated directly by the two sides, with mutually agreed upon land swaps, is the best option to achieve a Jewish, democratic, secure Israel living side-by-side with a democratic, de-militarized Palestinian state.

It also echoed AIPAC’s tendency to blame the failure to achieve peace on the Palestinians, although Palestinians at first enthusiastically welcomed Trump administration efforts to broker a peace deal, until President Donald Trump recognized Jerusalem as Israel’s capital in December 2017.

“This will not be easy,” the statement said. “Palestinian leadership has been unwilling to accept any reasonable peace proposal or even to negotiate seriously toward a solution. To paraphrase Abba Eban, the Palestinians never miss an opportunity to miss an opportunity. And instead of negotiating, they have pursued unilateral statehood through the United Nations. Our fear is that such unilateral steps—whether from Israelis or Palestinians—would push the parties farther from a final, negotiated settlement.”

Despite the caveats, the statement is a shot across the bow from the four, who routinely attend AIPAC conferences and who have split with the party in the past to favor AIPAC positions, including in 2015 when each of them opposed the Iran nuclear deal. Three of the four hold senior positions in the House caucus: Engel chairs the Foreign Affairs Committee, Lowey chairs the Appropriations Committee and Deutch chairs the Middle East subcommittee.