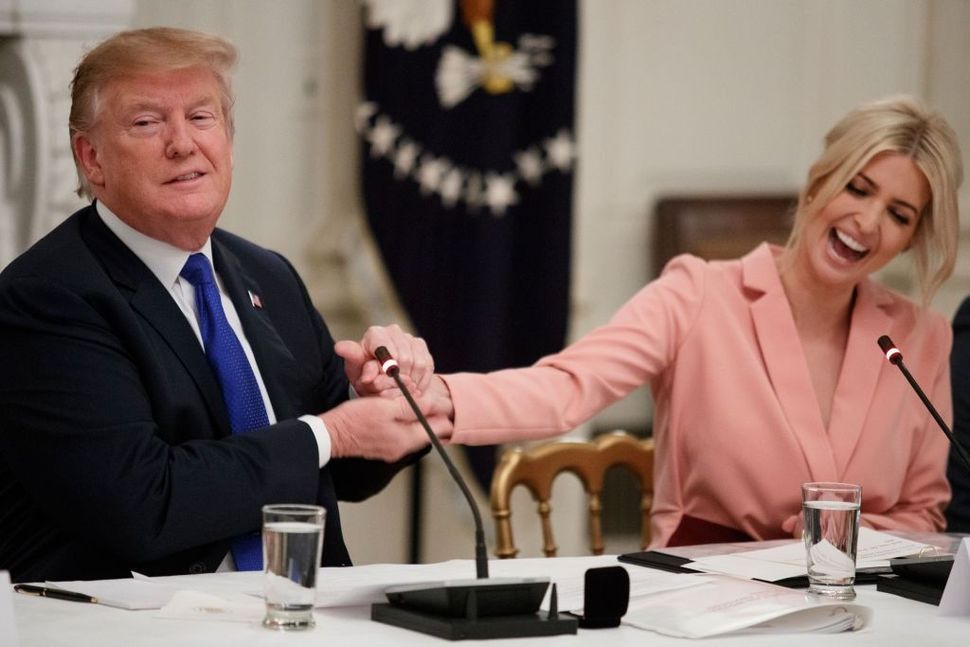 President Donald Trump shakes the had of his daughter and advisor, Ivanka Trump during a meeting with the American Workforce Policy Advisory Board inside the White House on March 6, 2019 in Washington, DC. Image by Tom Brenner/Getty Images

President Trump considered nominating his daughter and advisor Ivanka as president of the World Bank because “she’s very good with numbers,” he confirmed in an interview with the Atlantic published Friday.

“She’s got a great calmness … I’ve seen her under tremendous stress and pressure,” the president continued. “She reacts very well—that’s usually a genetic thing, but it’s one of those things, nevertheless.”

He also said she would be a great fit for United Nations ambassador, but if he were to nominate her, “they’d say nepotism, when it would’ve had nothing to do with nepotism. But she would’ve been incredible.”

Ivanka Trump ended up managing the process of nominating a new World Bank president earlier this year, after rumors that she herself was being considered for the position. The position has always been filled by an American because the United States is the largest shareholder in the bank. The White House eventually nominated Treasury Undersecretary David Malpass, who was confirmed unanimously by the Senate last week.