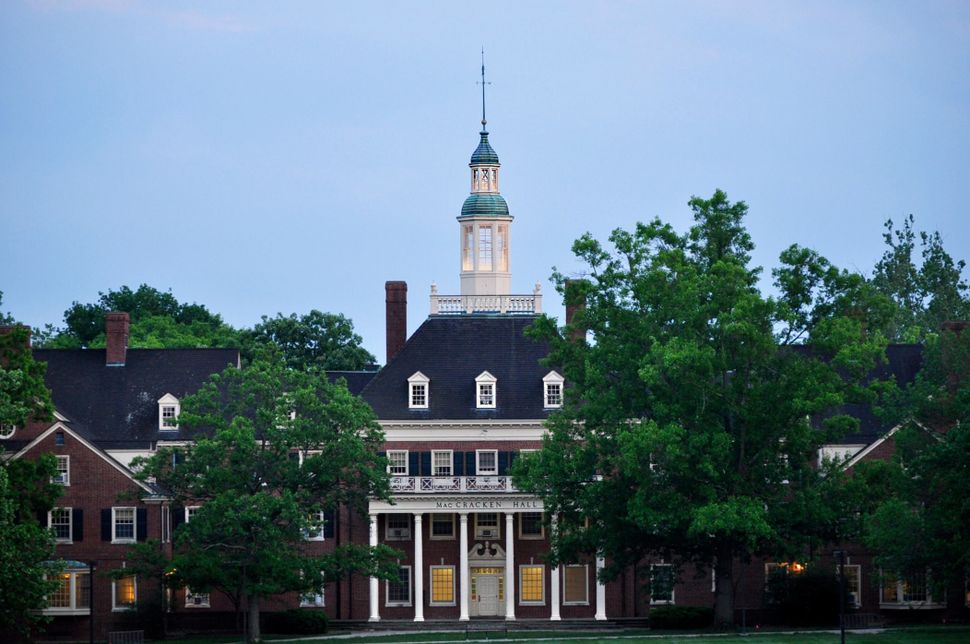 At least four signs promoting a white supremacist group were posted across the campus of Miami University in Ohio in the last week, The Miami Student reported Wednesday.

The signs endorsed the white supremacist group Patriot Front. One featured a map of the United States with the words “not stolen, conquered”; another said “report all illegal aliens; they are criminals” alongside the phone number of Immigration and Customs Enforcement. Three of the posters were pasted to light poles, while one was tacked to the bulletin board of the library before being taken down.

“Clearly we, the university, need to do more,” Kelly Kimple, the director of the university’s Office of Diversity Affairs, told the Student.

Patriot Front is a white supremacist organization whose leader participated in the “Unite the Right” march in Charlottesville in 2017, according to the Anti-Defamation League. They frequently post their propaganda materials on college campuses across the country.

More than 1,000 Jewish undergraduate students attend the university, according to the Forward College Guide.