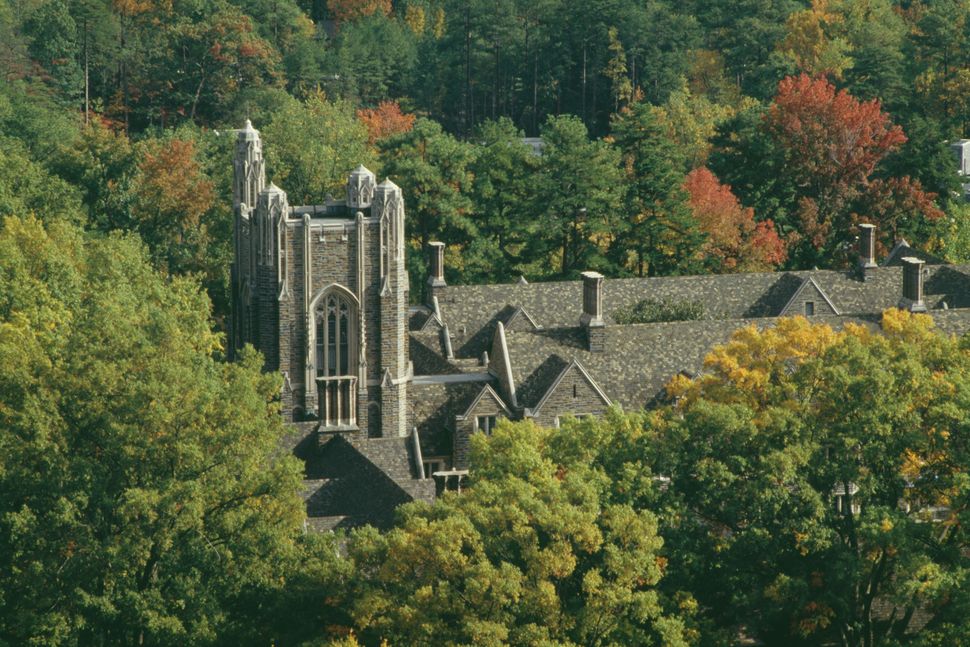 A Republican congressman from North Carolina is asking the federal Department of Education to look into a conference hosted by two North Carolina universities that he claims had a “radical anti-Israel bias,” the Raleigh News & Observer reported.

In a letter to Secretary of Education Betsy DeVos, Congressman George Holding asks for an investigation into a Middle East Studies conference hosted by the University of North Carolina and Duke University. The conference, titled “Conflict Over Gaza: People, Politics, and Possibilities,” was partially funded with $5,000 in federal dollars, according to the News & Observer.

Holding cited in his letter a video posted by a pro-Israel filmmaker that includes a clip of a performer at the conference singing what Holding described as a “brazenly anti-Semitic song.”

The song, a ballad by the Palestinian hip-hop group DAM called “Mama, I Fell In Love With A Jew,” was performed at the conference by one of the group’s members, Tamer Nafar. In the clip posted by a pro-Israel filmmaker who recorded the performance, Nafar refers to the song as his “anti-Semitic song.”

One student who attended the conference told the Daily Tar Heel, a student paper, that the clip was taken out of context. “When he said, ‘This is my anti-Semitic song,’ I think he was alluding to that, like, if you criticize Israel, people are going to call you an anti-Semite,” Fouad Abu-Hijleh told the paper. “That’s how I perceived it as a Palestinian. Now obviously for an American audience, I don’t know if that translated well or if that carried its meaning.”

In his letter, Holding asked the DOE to investigate whether the conference constituted grounds to revoke the remainder of a $235,000 federal grant, a piece of which supported the conference.