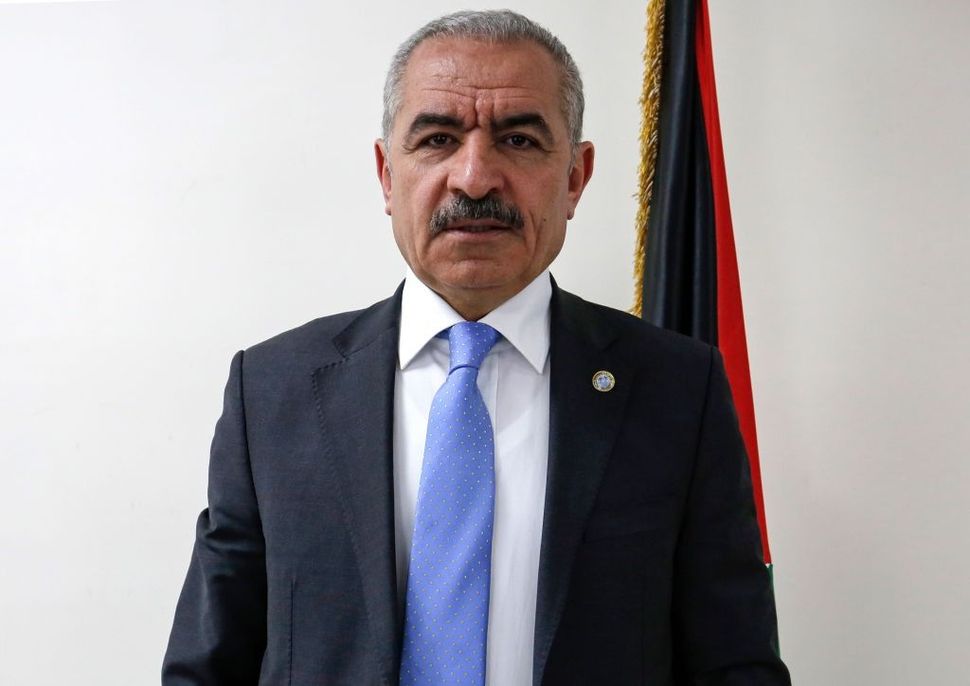 Shtayyeh told the Associated Press in a wide-ranging, hour-long interview that the international community would join the Palestinians in rejecting the peace plan whose release date has not yet been announced. A new Palestinian government was sworn in over the weekend. PA President Mahmoud Abbas was elected to a three-year term in 2005, and his tenure has repeatedly been extended without the benefit of an election.

Shtayyeh is a British-educated economist. He shared with the news service his plans for getting the Palestinian Authority out of its current financial crisis, spurred on in part by the Trump administration, which has slashed hundreds of millions of dollars of aid, including all of its support for the United Nations agency for Palestinian refugees.

“Israel is part of the financial war that has been declared upon us by the United States. The whole system is to try to push us to surrender” and agree to an unacceptable peace proposal, Shtayyeh said. “This a financial blackmail, which we reject.”

Shtayyeh also told the Associated Press that the Palestinians remain committed to the establishment of an independent Palestinian state in the West Bank, with its capital in eastern Jerusalem.

He said that he would accept nothing less than a full-fledged state, and not the sovereign entity that the Trump peace plan is rumored to include. He added that U.S. gestures to Israel, particularly recognition of Jerusalem as its capital, have left no room to negotiate.

Meanwhile, Palestinian Authority spokesperson Nabil Abu Rudeineh said in Ramallah Tuesday during a meeting with Israeli journalists that: “As long as Jerusalem is not on the table, Trump’s (peace) plan will not be on the table,” Haaretz reported.