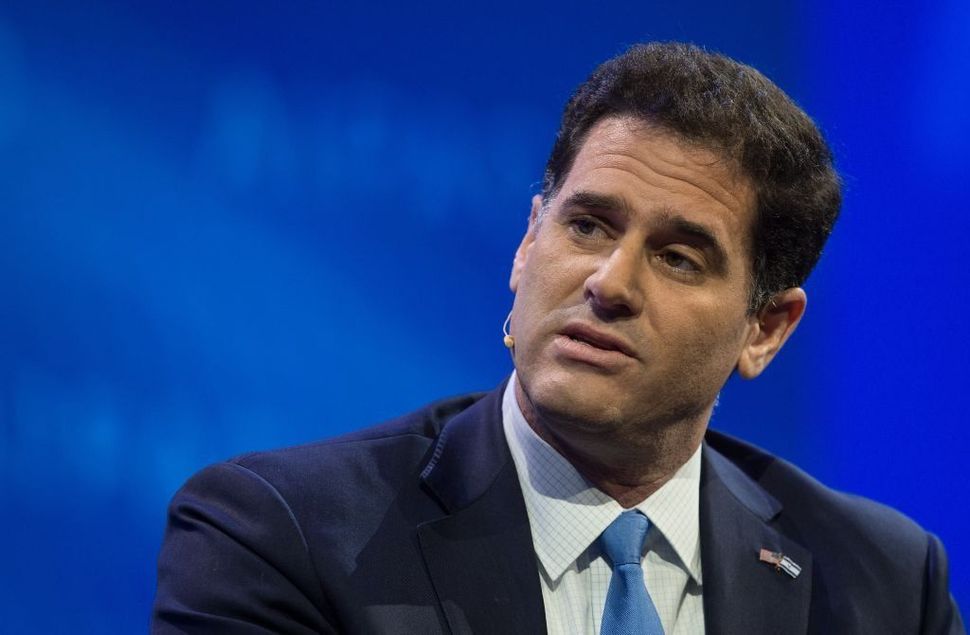 Speaking as the guest of honor at a White House reception for Jewish leaders on Tuesday, Israeli Ambassador to the United States Ron Dermer fulsomely praised President Trump and the administration aides responsible for formulating a Middle East peace plan.

Dermer also gave shout-outs to the four people most responsible for formulating the plan – senior advisor/presidential son-in-law Jared Kushner, Special Representative for International Negotiations Jason Greenblatt, Ambassador to Israel David Friedman, and Kushner aide Avi Berkowitz. “I think that you have in Jared, in Jason, in Avi, in David, in this whole team — you have the best chance to take advantage of this historic moment of opportunity that exists, because everybody that speaks to them knows that they speak for the president of the United States,” Dermer said.

“I know a lot of people are concerned that the peace plan is going to be coming out soon,” he also said. “But I have to say, as Israel’s ambassador, I am confident that this administration — given its support for Israel — will take Israel’s vital concerns into account in any plan they will put forward.”

Other speakers included Elan Carr, the State Department’s new anti-Semitism envoy, and Rabbi Levi Shemtov, the director of American Friends of Lubavitch (Chabad), who spoke about the upcoming Passover holiday. Trump issued a proclamation on Wednesday declaring the day “Education and Sharing Day, U.S.A.,” an annual event that every president since Jimmy Carter has issued on the anniversary of the Lubavitcher Rebbe’s birthday.