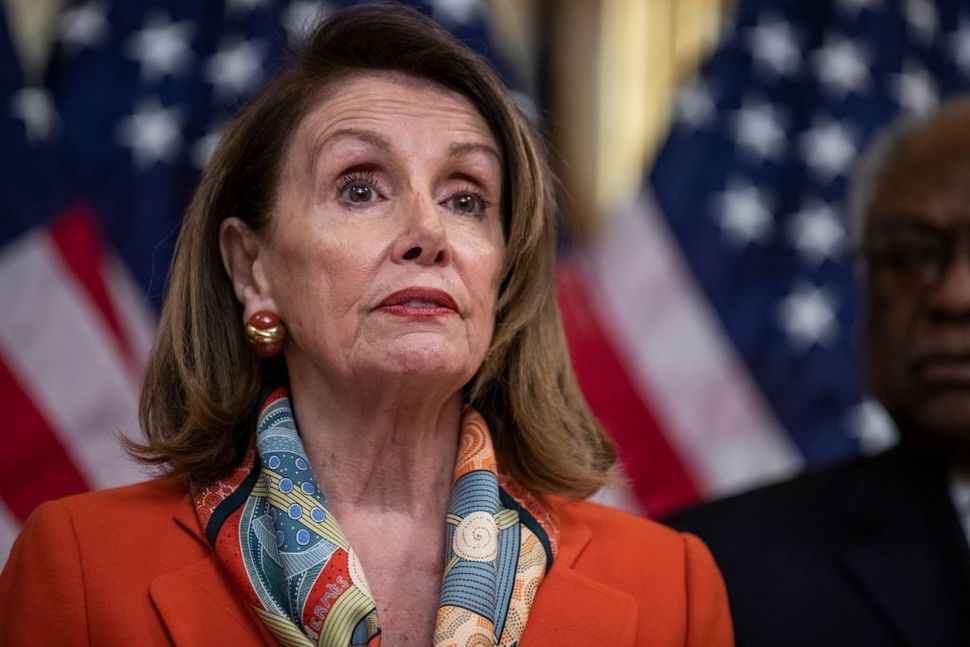 House Speaker Nancy Pelosi speaks during a ceremonial bill enrollment for legislation which would end U.S. involvement in the war in Yemen on April 9, 2019 in Washington, DC. Image by Alex Edelman/Getty Images

“We have no taint of that in the Democratic Party, and just because they want to accuse somebody of that doesn’t mean that we take that bait,” Pelosi told CNN’s Cristiane Amanpour during an interview Tuesday night in Dublin, Ireland.

Pelosi is leading a congressional delegation on a trip that included a stop in London to meet with government leaders and civil society leaders, and a visit to Northern Ireland.

On Sunday, Pelosi met in London with three members of Parliament who defected from the Labour Party in large part because they said its leader, Jeremy Corbyn, did not adequately address anti-Semitism within the party. She also met separately with Corbyn and raised the importance of fighting anti-Semitism in that meeting as well.

During her Amanpour interview, Pelosi also defended Omar, a freshman from Minnesota, against accusations of anti-Semitism, and the weekend attack by President Donald Trump in which he accused Omar of defending the 9-11 terrorists in a tweet that featured a video of the congresswoman saying that Muslims have been treated as second-class citizens after 9-11 because “some people did something.”

“I don’t think the congresswoman is anti-Semitic,” Pelosi said.

She also slammed Trump for using video of the 9/11 attacks “as a political tool.” Omar has received an increased number of death threats since the video was posted.