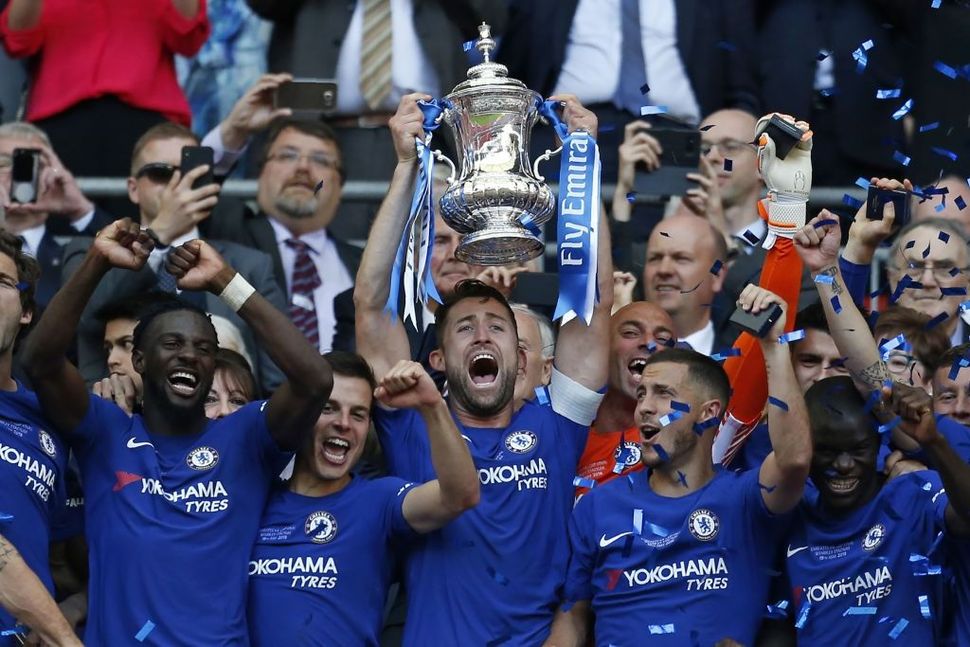 Chelsea’s English defender Gary Cahill lifts the trophy as Chelsea players celebrate their win after the English FA Cup final football match between Chelsea and Manchester United at Wembley stadium in London on May 19, 2018. Image by IAN KINGTON/AFP/Getty Images

(JTA) — Two professional soccer teams — one in England and one in the United States — will send a joint delegation to the March of the Living.

The Chelsea Football Club and New England Revolution announced Wednesday in a statement to the Jewish Telegraphic Agency that they will have some 30 members attend the May 2 event in Poland, when approximately 10,000 people will march silently from the Auschwitz to Birkenau concentration camps to commemorate the lives lost in the Holocaust.

Last year, Chelsea was the first member of the Premier League, the top level for British soccer clubs, to send a delegation to the march. The Revolution of Major League Soccer will be the first U.S. team to send a group.

On May 15, the teams will compete in a charity match in Boston to raise funds for four organizations: the World Jewish Congress, Anti-Defamation League, Holocaust Educational Trust and Pittsburgh’s Tree of Life synagogue, the site of a deadly shooting last year.