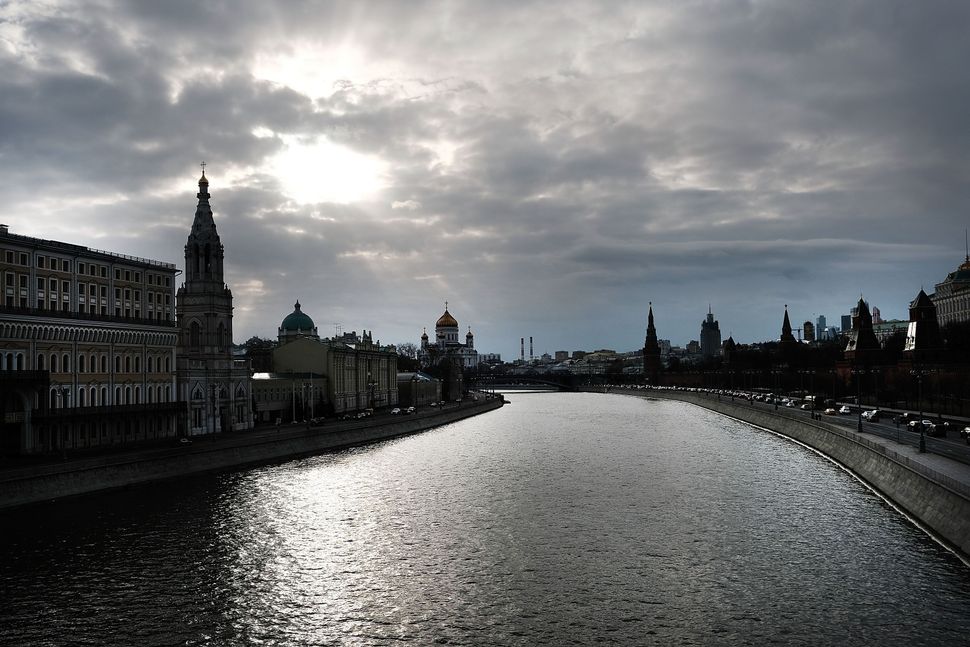 (JTA) — A fire broke out in a yeshiva in Moscow during the Passover seder on Friday night.

The fire at the Torat Chaim yeshiva is believed to have been arson, since swastikas also were found drawn on the entrance to the yeshiva building.

About 60 students, rabbis and guests reportedly were in the building at the time of the fire to celebrate the seder. No one was injured, The Associated Press reported.

Reports from Moscow that the Torat Chaim Yeshiva was attacked last night by what seems to be neo-Nazis. Swastikas painted on the doors and the storehouse entirely burned, the yeshiva community’s precious kosher meat/food for Passover gone. pic.twitter.com/XpXJPRLdrC

Moscow Chief Rabbi Pinchas Goldschmidt’s spokeswoman said that the fire was set in the storage area for kosher meat.

“The entire international Jewish community is horrified by this vicious attack by what appears to be neo-Nazi elements,” World Jewish Congress CEO Robert Singer said in a statement. “We are deeply grateful that no one was injured in this cowardly incident and hope that the Russian authorities will do everything in their power to bring the perpetrators swiftly to justice. I wish the teachers and students at the Torat Chaim Yeshiva, and all Jews around the world, a beautiful and peaceful Passover free of further violence.”