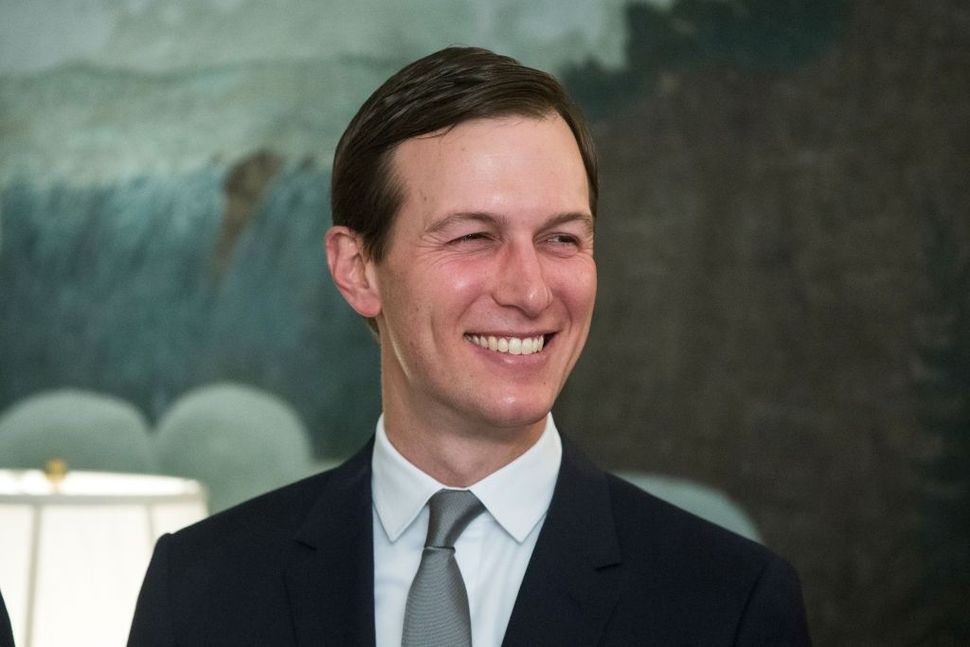 Outgoing French Ambassador to the United States Gerard Araud told the Atlantic on Friday that he was “close” with White House senior advisor/son-in-law Jared Kushner but that Kushner’s Middle East peace plan was likely “doomed to fail.”

Araud has long been known for his outspoken nature – he tweeted after President Trump was elected in 2016, “A world is collapsing before our eyes” – and the end of his five-year tenure last week allowed him to share even more.

He said that Kushner, the former property development scion was “totally in real-estate mode. He is totally dry. He’s extremely smart, but he has no guts. He doesn’t know the history. And in a sense, it’s good—we are not here to say who is right, who is wrong; we are trying to find a way. So in a sense, I like it, but at the same time he is so rational, and he is so pro-Israeli also, that he may neglect the point that if you offer the Palestinians the choice between surrendering and committing suicide, they may decide the latter. Somebody like Kushner doesn’t understand that.”

Only Kushner and three other Trump administration figures reportedly have full access to the peace plan, which reportedly will be unveiled in June. But Araud predicted, based on his conversations with Kushner and French President Emmanuel Macron’s talks with President Trump, that the plan will be “very close to what the Israelis want. Is it doomed to fail? I should say 99 percent yes, but 1 percent, you never forget the 1 percent. Trump is uniquely able to push the Israelis, because he is so popular in Israel.”

Araud claimed that Trump told Macron, “I have given everything to the Israelis; the Israelis will have to give me something.” He added that Kushner told him that Trump’s popularity in Israel will allow the White House to force some concessions. “The second [factor] is that the Palestinians may consider, it’s their last chance to get limited sovereignty,” he said. “And the third element is Kushner is going to pour money on the Palestinians.”

Araud served as France’s ambassador to Israel from 2003-2006, but ruffled feathers before he arrived when he told fellow Foreign Ministry workers that then-Israeli Prime Minister Ariel Sharon was a “thug” and Israel itself was a “paranoid country” – not realizing that an Israeli reporter was taking notes nearby. In his Atlantic interview, Araud again made comments likely to offend Jerusalem, calling the country “already” an apartheid state.