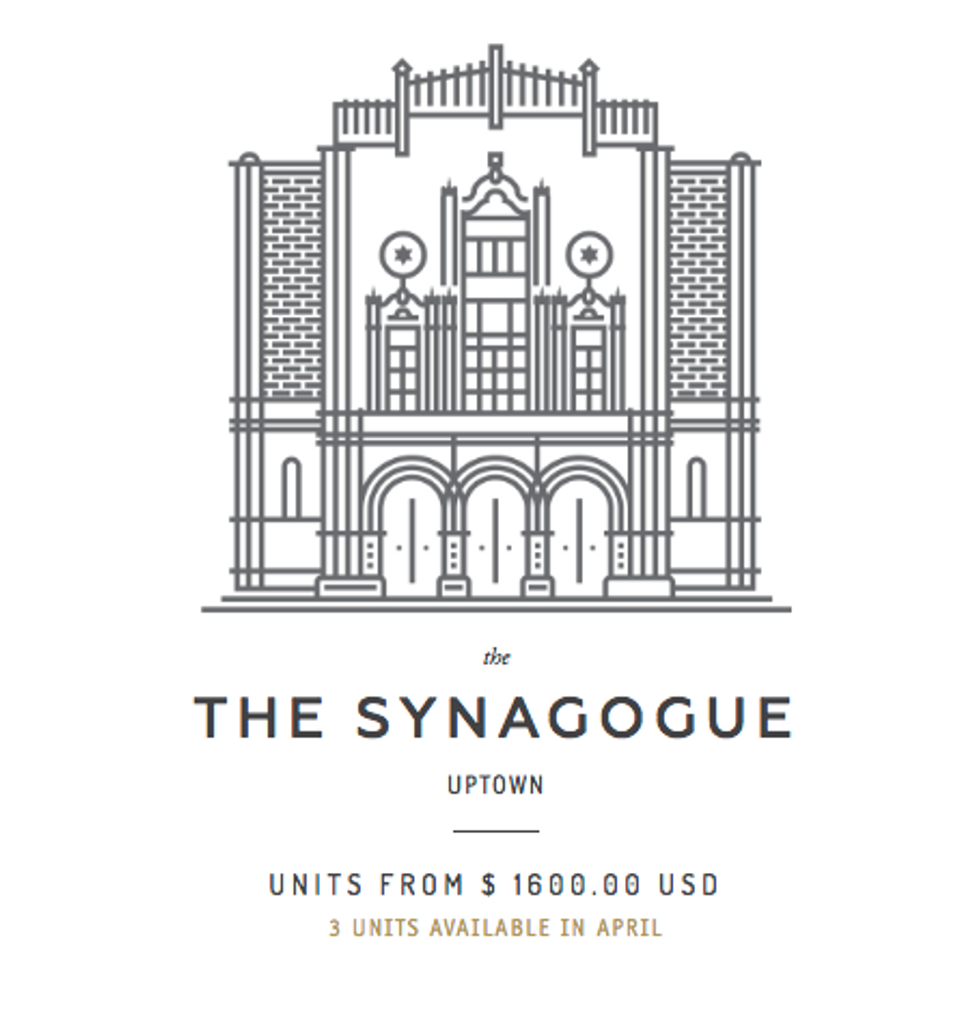 “The Synagogue” as shown on the company’s website. Image by FLATS Cedar Street 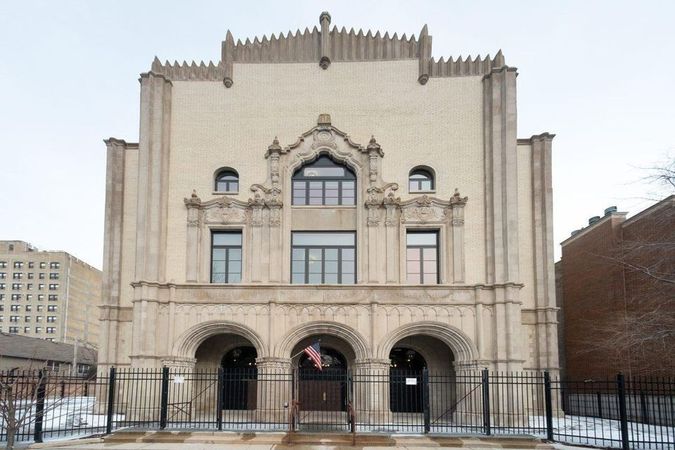 A lifestyle brand-cum-real-estate-developer in Chicago has finished its renovation of an abandoned synagogue into a building of micro-apartments, Forbes reported.

The building is the former Agudas Achim North Shore Synagogue, home to an Orthodox congregation in Chicago’s Uptown neighborhood for a century. In 2016, developers bought the abandoned building, which had been vacant for ten years, for $1.25 million. At the time, pictures of the synagogue’s interior showed just how much it had fallen into disrepair. Water-damaged siddurs strewn on the floor. An upright piano tipped over. Pieces of its ceiling fallen onto the pews. Walls and stone floors cracked and broken.

But now, FLATS, a developer of micro-unit apartments and also a real estate lifestyle brand, has turned the historic building into a rental community. “WE BELIEVE THAT LIVING WELL IS A NECESSITY AND WE SPEND OUR LIVES CURATING WHAT WE SIMPLY CALL THE FLATS® LIFE,” the company’s website reads.

FLATS told Forbes that the company was approached by a rabbi who wanted the Agudas Achim building preserved. The company has redeveloped several historic buildings, preserving their facades while turning the interiors into trendy, modern apartments. A founding partner, Alex Samoylovich, accordingly referred to FLATS as “a lifestyle brand focused on finding new uses in historic preservation.” 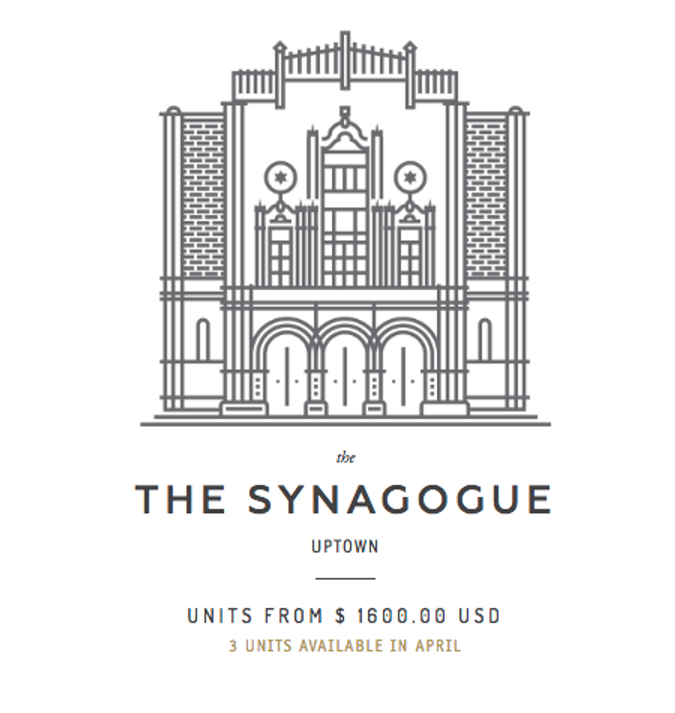 “The Synagogue” as shown on the company’s website. Image by FLATS Cedar Street

The units in “The Synagogue” are micro, making them less than 350 square feet. The 40 apartments, from studios to one bedrooms, are small because FLATS gives ample room in its buildings what it calls “flex community areas,” like gyms, lounges and libraries.

FLATS “took special care to follow proper Jewish law when converting the building into a residential structure,” according to Samoylovich. Samoylovich said that he also donated salvaged relics from the abandoned building to area synagogues, in the name of his father and former business father, who passed away three years ago. The company also donated money for the creation of a Chabad center in Uptown.