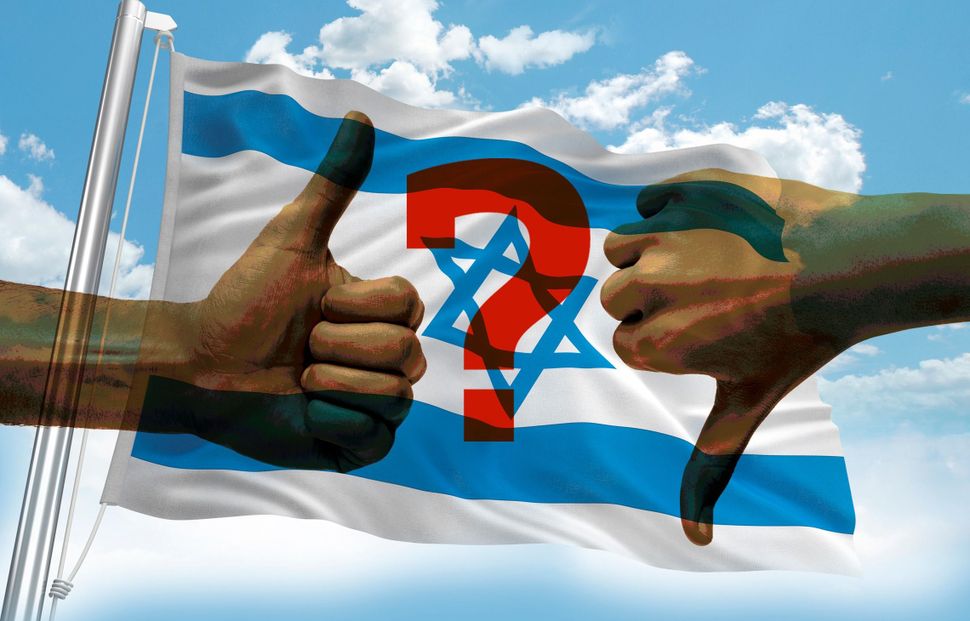 Why are Gallup and Pew finding such different levels of U.S. support for Israel? Image by Nikki Casey

(JTA) — Republicans and Democrats may hold widely disparate views of Israel’s government, a new survey found, but both have positive vibes about Israelis.

The Pew Research Center study, released Wednesday, found that while 61 percent of Republicans had a favorable view of Israel’s government — led by Prime Minister Benjamin Netanyahu of the right-wing Likud party — that number is only 26 percent for Democrats.

In past years, Pew has asked respondents whether they sympathized more with Israel or the Palestinians. This year, the research center decided to reframe the question to reflect the fact that many respondents favored both sides or neither.