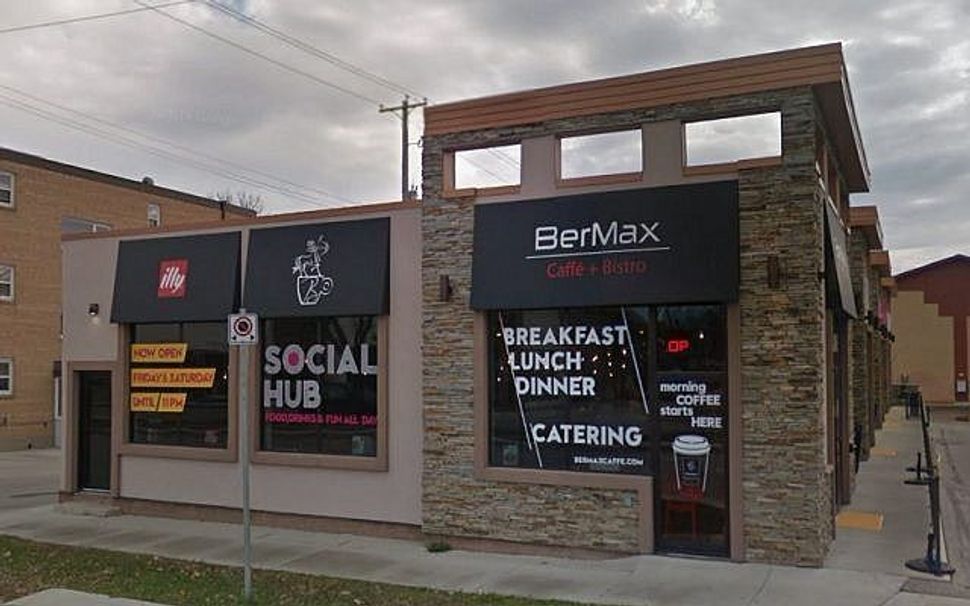 (JTA) — An alleged anti-Semitic attack on a kosher Italian-style café in Winnipeg, Canada was staged by the owners of the restaurant, police now say.

Police charged the owners of the BerMax Caffe and Bistro in Winnipeg, in central Canada, with public mischief. The investigation of the April 18 incident involved 25 police officers and 1,000 hours of investigative work, police told local media.

It was the fourth attack on the café in the last five months.

Alexander Berent, 56, Oxana Berent, 48, and Maxim Berent, 29 were charged by police and released on a promise to appear in court next month. They have not entered pleas.

Bnai Brith Canada in a statement said it was “shocked and disturbed” to learn that police believe that the anti-Semitic attack was staged.

“If the allegations of Winnipeg police are true, we condemn this fabrication of a hate crime in the strongest possible terms. Making false allegations of antisemitism does nothing to quell the rise of racism and discrimination in Winnipeg and across Canada and will embolden the conspiracy theorists and purveyors of anti-Jewish hatred who blame the entirety of society’s ills on the Jewish community,” the statement said.

The police did not say anything about the previous anti-Semitic attacks on the café, which it is also investigating.

A crowd-funding campaign launched to support the family was shut down after news about the charges against the family were made public, with a promise to return the money already raised. A vigil planned for Thursday night in response to the incident was cancelled.