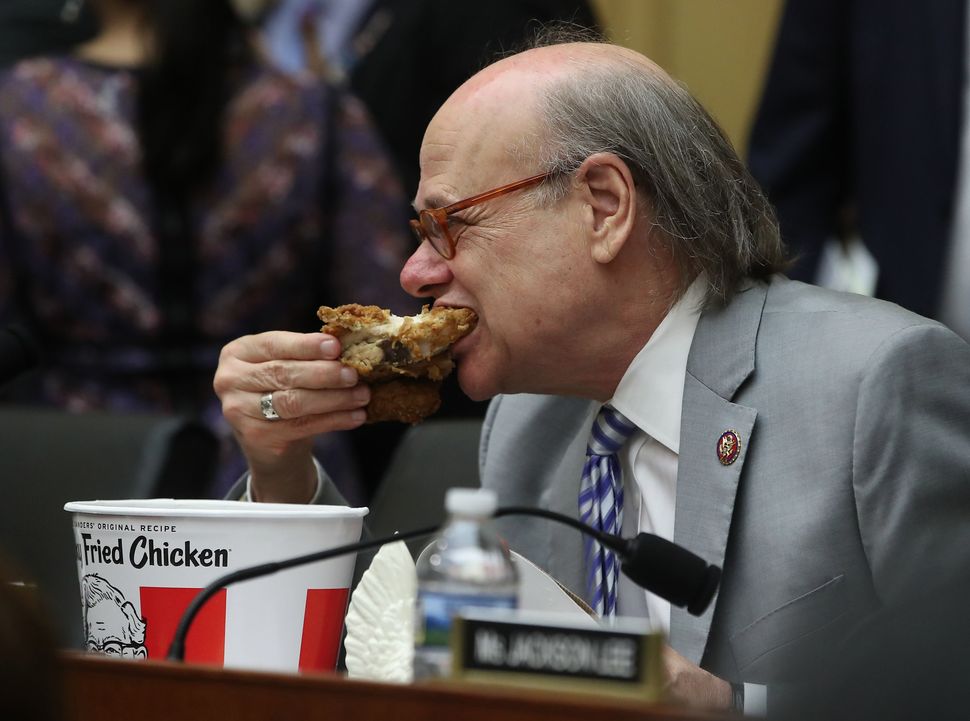 When Attorney General William Barr failed to appear before the House Judiciary Committee this morning, Representative Steve Cohen had the perfect rejoinder – unfortunately, it may come with a side of heartburn.

In a taunt sure to grease up the House floor, Cohen, a Democrat of Tennessee, produced a bucket of Kentucky Fried Chicken and arranged a ceramic chicken prop at his desk. The message, of course, was clear: He thinks Barr’s a chicken for not showing up to the House hearing a day after his Mueller report testimony before the Senate.

“He’s here,” Cohen said of Barr, pointing to the chicken bucket, before digging in to the Colonel’s secret recipe.

Barr’s true motivations for skipping the hearing in the Democrat-controlled House (he cited his objection to questioning by staff lawyers) may be a mystery to us, but his playing hooky and risking contempt of Congress is almost as ill-advised as Cohen’s eating fried chicken at 9 AM.