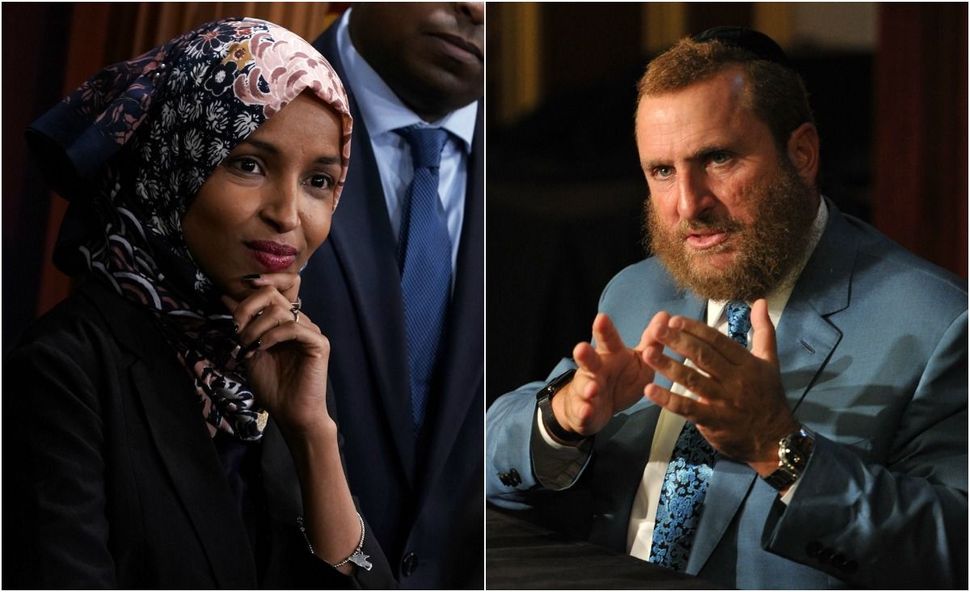 Jason Grow is suing for $150,000 after Boteach’s organization used the photograph in an advertisement in the Washington Post, and also on the GoFundMe page raising money to support the full-page print ad. (The campaign earned $598 dollars.)

“We first heard of this issue when somebody called our office and shouted at an employee, ‘Who’s the [expletive] I need to sue?’” Boteach reportedly said.

“We wish to make it clear we will not be silenced about Ilhan Omar and her personal war against the Jewish people,” Boteach added. “Those threatening legal action for the proper use of this photo want to stifle the First Amendment rights of a Jewish organization that battles anti-Semitism.”

Boteach then invoked the deaths of Jews in synagogue shootings in talking about the photograph.

Facebook’s copyright policy says that intellectual property shared on Facebook remains the property of the person who created it.