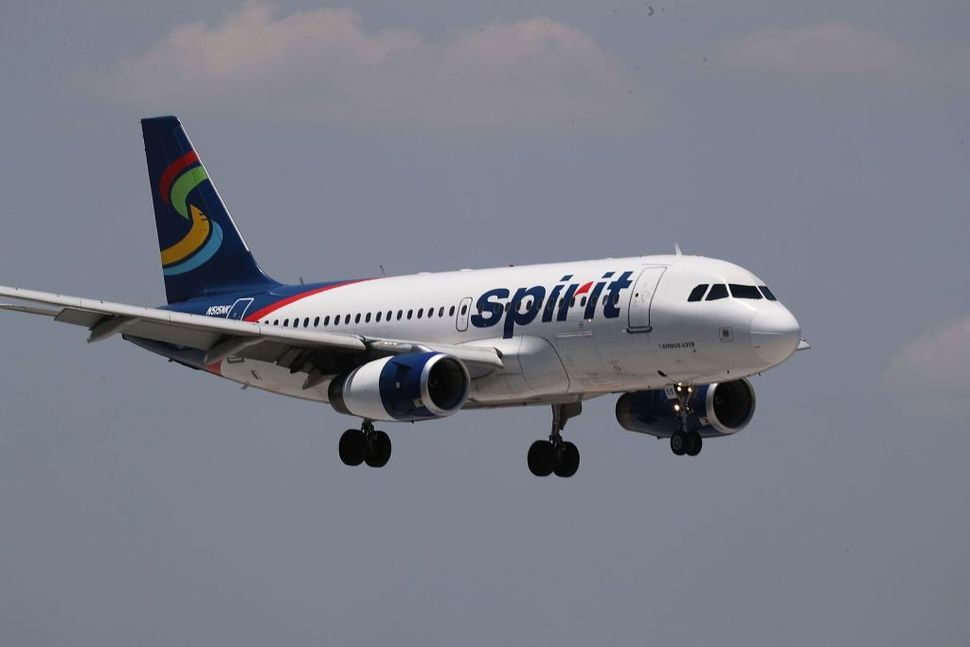 A Jewish family from New York is suing Spirit Airlines, claiming they were harassed by flight attendants on their way to Florida in a “discriminatory campaign,” Law.com reported.

The situation began over a question about safety regulations and allegedly resulted in one flight attendant labeling the family as “retarded Jews.”

In January, Yisroel Sternberg and Chana Beck boarded a flight from Newark to Fort Lauderdale with their three infant children. They bought an extra ticket for the baby’s carriage, which converted into a car seat. Doing so is approved by the Federal Aviation Administration but became an issue at check-in — it doubled as a stroller, which is against Spirit’s policies.

A flight attendant told them they couldn’t bring the carriage aboard. After further disagreements, the couple agreed to stow the seat below deck. Tensions worsened when an attendant grew angry at Sternberg, who was assigned to a seat separated from his family, for switching seats to help with his children. When he moved back, he was told to “shut up” with a threat to call the police.

The crew did call 911, claiming that the couple was “being disruptive and cursing at the flight attendants,” according to the complaint. When the plane landed, they were escorted off by two sheriff’s deputies, their return tickets were voided and they received a lifetime ban from Spirit.

Spirit would not comment on the case but Derek Dombrowski, the media relations manager, told Law.com that the airline stands against discrimination.

“Spirit Airlines strives to maintain a welcoming environment for all of our guests, and we have zero tolerance for discrimination,” Dombrowski said.