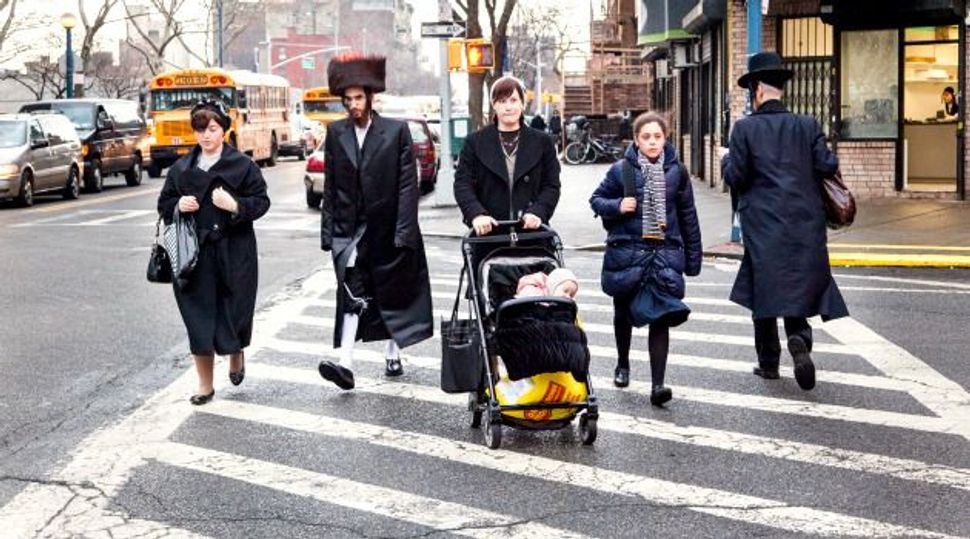 The Anti-Defamation League is offering a $5,000 reward for information in connection to an assault of an Orthodox Jewish man in Williamsburg, Brooklyn.

In the incident caught on video Tuesday evening, a man sucker punched a visibly Jewish man near the headquarters of the Satmar Hasidic group.

“The shocking video footage of the assault on a Jewish man in plain daylight shows the perpetrators of these despicable acts feel emboldened,” ADL New York/New Jersey regional director Evan Bernstein said in a statement. “This is the second alleged anti-Semitic assault we’ve seen during the past week alone. We cannot allow anti-Semitic assaults to become the new normal. ADL remains committed to continuing our efforts with all New Yorkers to help stop this unacceptable anti-Semitic violence.”

Williamsburg and other Brooklyn neighborhoods with large Jewish populations have seen a surge in attacks on Orthodox Jews, who wear distinctive clothing. Last week, a Jewish man was punched in the back of the head and called a “f***ing Jew.” The ADL has offered a $5,000 reward for information on that incident as well.