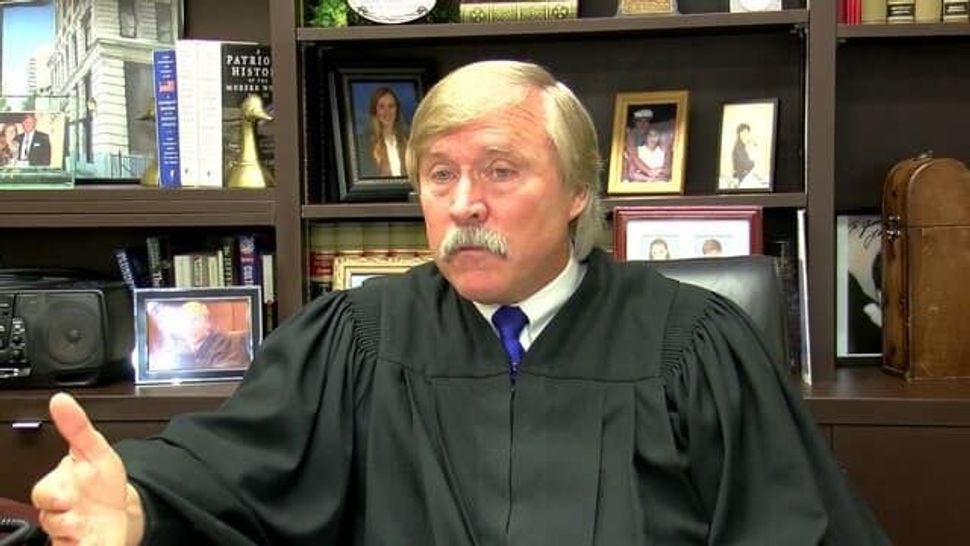 (JTA) — A Tennessee judge posted racist and anti-Semitic articles on his Facebook page, including one saying that Jews should “get the f**k over the Holocaust.”

A coalition of organizations, including Jewish ones, have called for a reprimand of Jim Lammey of the Shelby County Criminal Court.

Lammey posted a link to an article written by known Holocaust denier David Cole that referred to Muslim immigrants as “foreign mud” and made the Holocaust slur. He also shared anti-immigration articles, memes and conspiracy theories, The Commercial Appeal reported.

The judge has denied being racist or anti-Semitic and says he has the right to free speech, according to the report. He also says that nothing that he has shared on Facebook would prevent him from judging all cases fairly.

“I certainly don’t agree with that, being a Holocaust denier. My best friend — who’s deceased now — was Jewish and I wouldn’t do that,” he told The Commercial Appeal.

Lammey said that he accidentally allowed his Facebook posts to be public earlier this year. They are now no longer visible to the public.