Trump, Ivanka, Jared Kushner Sued For Not Keeping Notes In Meetings With Putin, Kim Jong-Un And Others 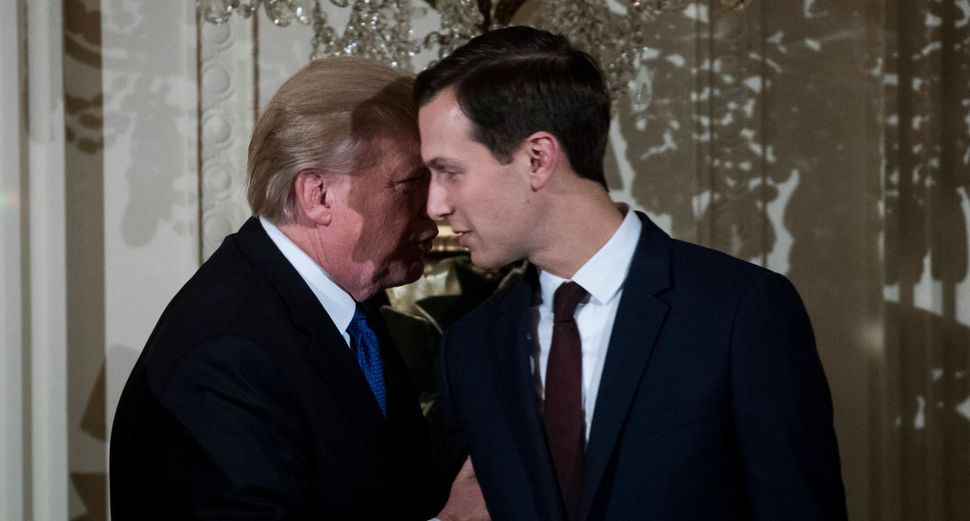 The Center for Responsibility and Ethics in Washington filed a federal complaint against Trump, Kushner and other senior administration aides. The complaint also alleges that the administration failed to properly classify certain State Department records. The group says that the actions violate the Presidential Records Act and the Federal Records Act, and hamper the U.S.’s ability to “effectively conduct foreign policy.”

Among the allegations are that no notes exist from Trump’s five meetings with Putin, and that Kushner has communicated with the Saudi prince Mohamed bin Salman via WhatsApp, the encrypted messaging app, from which no official records have been preserved. The suit also states that Trump had a one-on-one meeting with Kim Jong-un during their recent summit meeting, where only two interpreters were present and no notes taken.

The suit states that the use of encrypted messaging apps impeded Special Counsel Robert Mueller’s investigation.

Trump, Ivanka, Jared Kushner Sued For Not Keeping Notes In Meetings With Putin, Kim Jong-Un And Others