Online Harassment Of Jews Is Getting Worse – From Other Jews 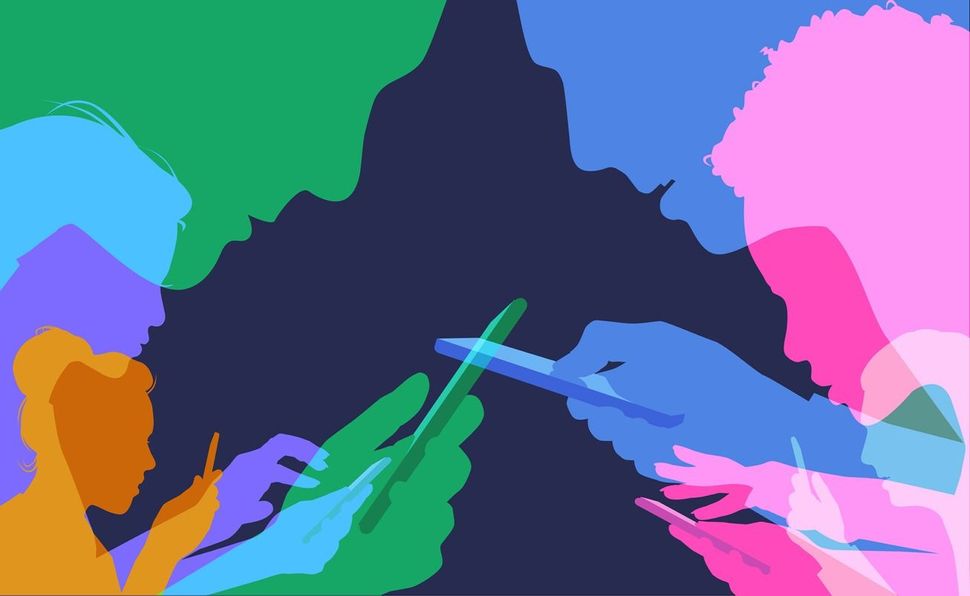 Anti-Semitic trolling and disinformation is rising online – and so is harassment of Jews because of their views on the Israeli-Palestinian conflict, often at the hands of other Jews who disagree, a new study claims.

The Institute for the Future, a California-based think tank, conducted a series of studies of online propaganda and harassment that took place during the 2018 midterm elections. They concentrated on ways online trolls attack disenfranchised groups like Jews, Muslims, Latinos and LGBTQ people, as well as people with controversial political opinions, like environmentalists and pro-choice and pro-life activists. Their conclusion: Harassment on social media, including coordinated trolling campaigns and the promotion of conspiracy theories, is getting worse, causing users to pull away from online conversations.

The institute’s study of the Jewish community found that anti-Semitic conspiracy theories were highly prevalent on Twitter. More than 85% of tweets in their dataset that used the word “Soros” – a reference to the Jewish financier and Democratic donor George Soros, who is often the subject of conspiracies – were anti-Semitic. “Age-old anti-Semitic tropes and conspiracies are flourishing, particularly among Twitter users that identify as Republicans and/or supporters of President Trump,” the researchers wrote.

But interviews with 17 Jews of varying ages, religious denominations and political orientations – including “elected officials, political candidates, policymakers, academics, activists, journalists, consultants, and commentators” – found that some of the worst harassment was coming from fellow Jews who disagreed with them about Israeli-Palestinian issues.

Many Jewish subjects – including pro-Israel figures, anti-Zionists and progressives who support a Jewish state but oppose many Israeli policies – believed that “Twitter mobs” and “coordinated misinformation campaigns” led by people or organizations with differing views on the conflict, often themselves Jewish, were specifically targeting Jews like them. “All of our interviewees who spoke about divides within the Jewish community considered this a seriously problematic trend,” the researchers wrote. “As complex discourse is replaced by rigid partisanship, the Jewish community is in danger of losing the solidarity which sustained it for thousands of years.”

The study also found that use of language like “neo-Nazi” and “Hitler” were rarely used to target Jews, but were often used to either criticize President Trump or defend him from claims of Nazi-like behavior.

The study was written by IFTF researchers Samuel Woolley, who is also a fellow of the Anti-Defamation League, and Katie Joseff. Woolley told BuzzFeed News that he expected harassment and disinformation campaigns targeting minority groups will get worse during the 2020 election.

Online Harassment Of Jews Is Getting Worse – From Other Jews