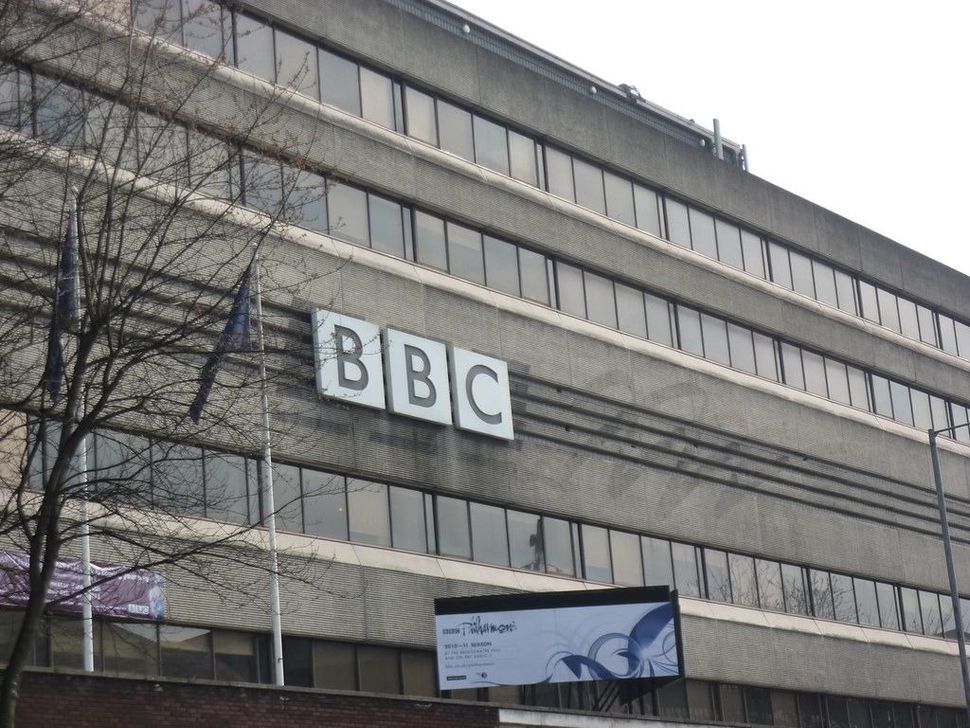 (JTA) — The BBC is being accused of covering up Palestinian anti-Semitism after it mistranslated in subtitles the word for “Jew” to “Israeli” several times in one documentary.

The film “One Day in Gaza,” about last year’s Gaza border protests against the opening of the U.S. Embassy in Jerusalem, aired Monday night on the BBC Two channel.

Among the quotes that were mistranslated was one in an interview with Bader Saleh, 24, who said that during the protests, “The revolutionary songs, they excite you, they encourage you to rip a Jew’s head off.”

The BBC translated his word, Yahud, as Israeli. It was one of at least five times that the word was mistranslated as Israeli, critics charge, the UK Jewish News reported.

“Yet another blatant example of the failure to take the scourge of antisemitism seriously,” she tweeted.

The North West Friends of Israel in the UK also tweeted its criticism.

“When Palestinians use the word ‘Yahud’ they mean ‘Jew.’ It does NOT mean ‘Israeli,’” the group wrote. “Why do you mistranslate ‘Yahud’? Are you scared of showing that Palestinians want to kill JEWS?!”