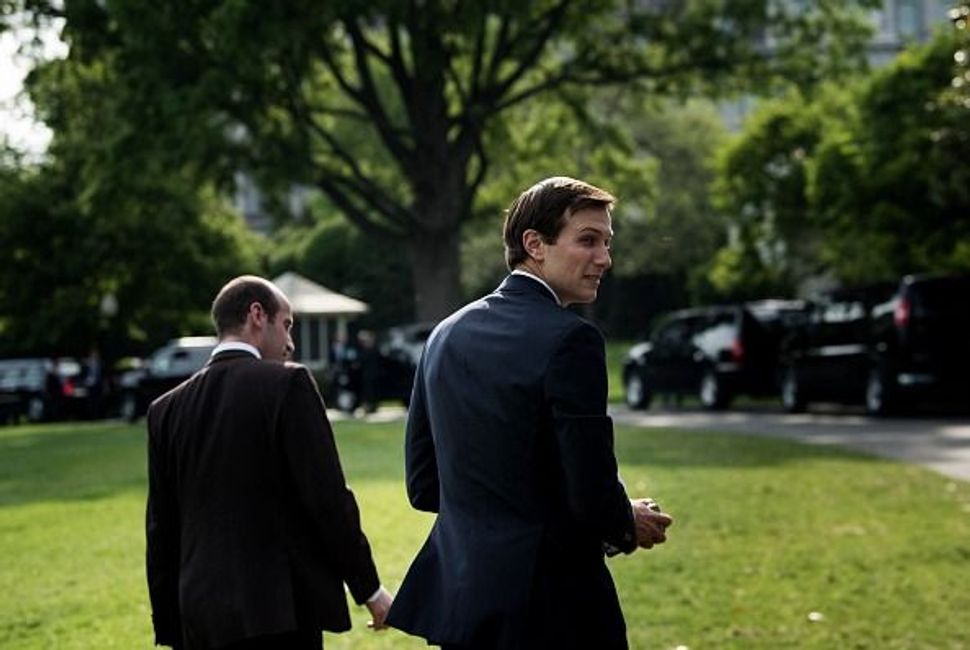 “I think folks in the room were underwhelmed” with the “whole plan,” a senior GOP official told CNN.

The pitch meeting was held after weeks of discussions with key officials on the issue. President Trump will reportedly reveal the plan to the public on Thursday.

Officials doubted if the proposal could succeed, according to The Washington Post. When faced with questions, Kushner, the president’s son-in-law, reportedly couldn’t provide solutions, with Miller often interrupting and taking charge.

Congressional Republicans and Democrats have yet to agree on how to overhaul the immigration system, and some officials worry the Kushner-Miller proposal won’t help Democrats get on board. Kushner said their plan wouldn’t address Deferred Action for Childhood Arrivals (DACA) or E-Verify — two issues that have Democrats have made as sticking points.

“You have to be further along than what they presented,” an aide told CNN.