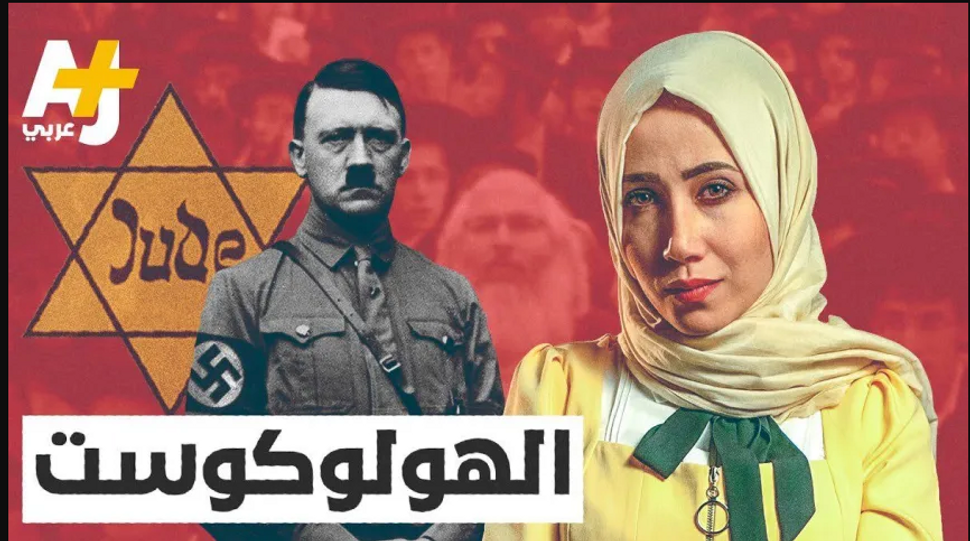 Al-Jazeera’s AJ+ Arabic channel pulled a video it posted to its social media channels Friday night that claimed Jews exploit the Holocaust and that Israel is the genocide’s “greatest beneficiary.” Two journalists who created the video were later suspended.

The seven minute-long, Arabic-language video asserted that though the Holocaust did occur, “it’s different from how the Jews tell it,” Israeli media reported.

AJ+ Arabic, the youth-focused, online current-events channel of Qatar’s official Al Jazeera Media Network, posted the video on its social media platforms with the caption “The gas chambers killed millions of Jews…So the story says. How true is the #Holocaust and how did the Zionists benefit from it?”

Cool & youthful pan-Arab @AJplus is peddling to millions the notion that Israel is the #1 beneficiary of the Holocaust, an exaggerated event used as an excuse to extract German money & exterminate the Palestinians. pic.twitter.com/egy2WOVvOQ

Before its removal from the platforms on Saturday, the post reportedly gained 1.1 million views on Facebook and Twitter. After it was deleted, Al Jazeera said the piece violated the network’s editorial standards.

“The Jews weren’t the only targets of the Nazis, but also Gypsies [Roma], the disabled, homosexuals, and Arabs and Christians, too,” the video’s presenter, Muna Hawwa, said. “In all, the Nazis killed 20 million people during the Holocaust and the Final Solution, and the Jews were just a part of that. Then why does the world focus so much on Jews?”

According to the video, pre-war Europe’s Jews were able to emphasize their suffering because they were wealthy and controlled media companies. In addition, it claims, the “statistics were inflated by the Zionist movement to help them establish Israel.”

In fact, Israel’s Channel 13 notes, the video says “the establishment of the State of Israel itself is derived from the national ideology of the Nazis.”

The video asks “How did Israel gain from the Holocaust?” and goes on to discuss the 1933 Transfer Agreement, in which Zionist groups in Mandatory Palestine negotiated with the Nazis to allow 60,000 German Jews to leave for Palestine and take some of their assets with them.

The Jews “exploited the Holocaust for their agenda and made the whole world focus on their murders and forget the other victims,” in order to receive money from Germany, it claims, adding that “six decades after the Holocaust,” and compared to other countries that were affected by it – “the reparations that Israel received were disproportionate.”

We must unequivocally condemn the Holocaust, the video says. “But Israel – who benefitted the most from the Holocaust – uses the same pretexts as the Nazis to commit ethnic cleansing against the Palestinians and eliminate them.”

Al-Jazeera later said it suspended the two journalists who produced the video in a statement published on its website Sunday.

“Al Jazeera completely disowns the offensive content in question and reiterated that Al Jazeera would not tolerate such material on any of the Network’s platforms,” Dr. Yaser Bishr the Executive Director of Digital Division said. Bishr also said that he called for a mandatory bias training and awareness program.

Israeli Ministry of Foreign Affairs Spokesperson Emmanuel Nahshon wrote on Twitter Saturday that the AJ+ video “is the worst kind of pernicious evil. That’s how Al Jazeera brainwashes young people in the Arab world and perpetuates hatred of Israel and the Jews. Lies and evil propogated by the ideological descendants of ‘Der Stormer.’”

On Saturday evening, Al Jazeera’s public relations account acknowledged the removal of the post. It tweeted that “Al Jazeera Media Network deleted a video produced by AJ+ Arabic because it violated the editorial standards of the Network.”