Ukraine’s New Jewish President: We Must Defend Our Land Like Israelis 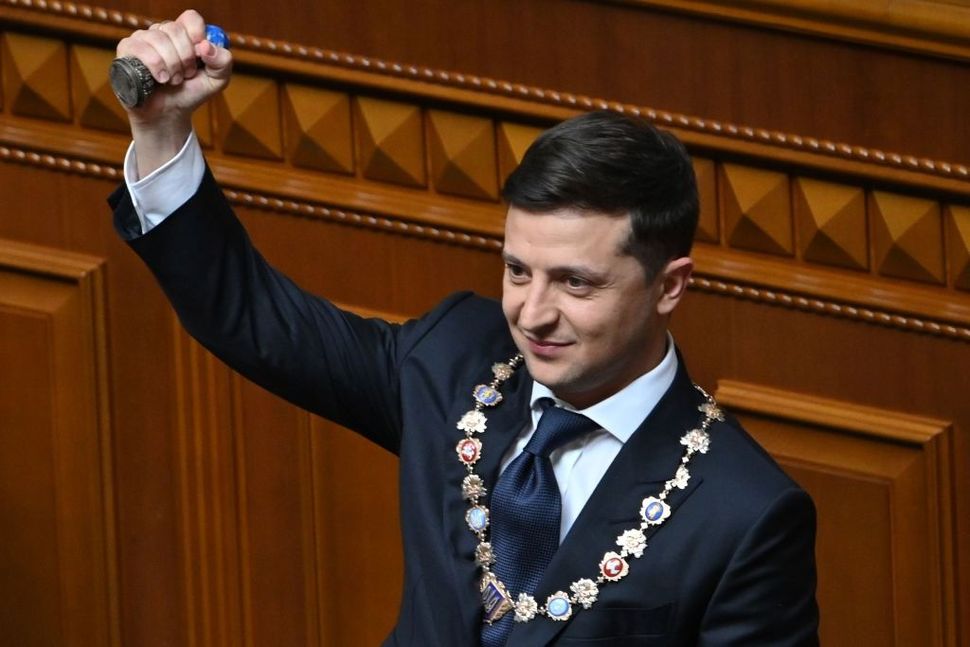 Ukraine’s President Volodymyr Zelensky holds the presidential stamp during his inauguration ceremony at the parliament in Kiev on May 20, 2019. Image by GENYA SAVILOV/AFP/Getty Images

(JTA) — Volodymyr Zelensky, a Jewish actor and comedian, was sworn in Monday as president of Ukraine and said his nation must defend their land like Israelis.

Zelensky took the oath of office reportedly on a copy of the country’s constitution and a 16th-century manuscript of the New Testament.

“We must become Icelanders in football, Israelis in defending our native land, Japanese in technology,” he said at the swearing-in, the BBC reported.

Zelensky announced at the inauguration that he would dissolve the parliament and call early elections, which had been scheduled for October. In turn, Prime Minister Volodymyr Groysman, who is Jewish, announced that he would resign.

Zelensky, who on his primetime television show plays a teacher thrust into the presidency through an unlikely chain of events, was elected last month with 73 percent of the vote, defeating incumbent Petro Poroshenko, who had been in power since 2014.

The post Jewish actor sworn in as president of Ukraine says nation must defend land like Israelis appeared first on Jewish Telegraphic Agency.

Ukraine’s New Jewish President: We Must Defend Our Land Like Israelis