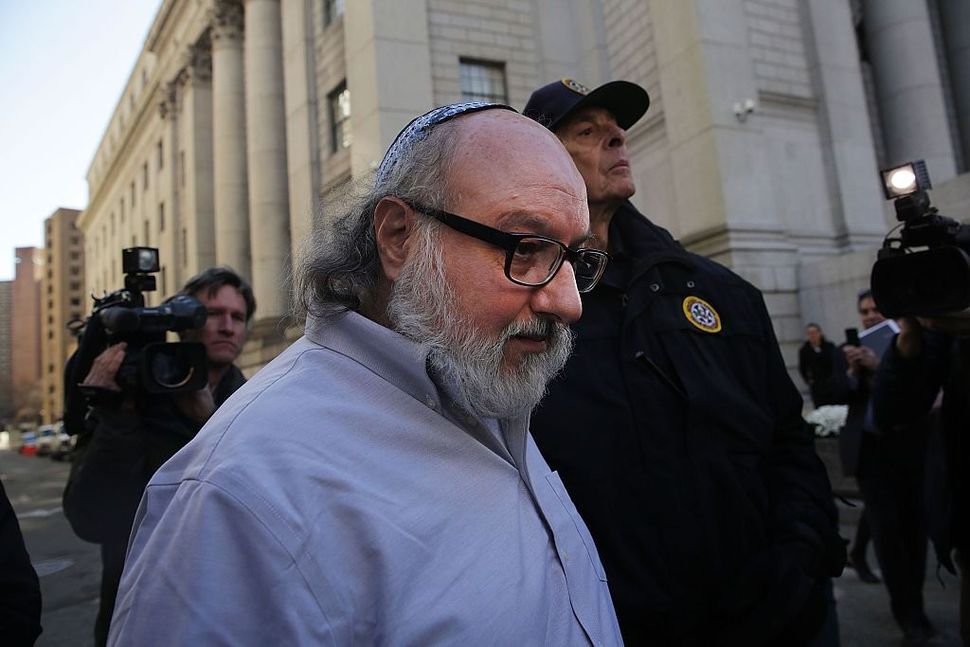 Jonathan Pollard, the American man who served 30 years in prison for spying for Israel, said in an interview that Israeli Prime Minister Benjamin Netanyahu should be doing more to help him, the Times of Israel reported Tuesday.

Pollard, who took up Israeli citizenship while imprisoned, was paroled in 2015 but was banned from leaving the United States for the next five years, thwarting his wish of immigrating to Israel.

The apparently impromptu interview with Israel’s Channel 12 was conducted in a New York restaurant. Asked if he was disappointed in Netanyahu’s advocacy for him with American leaders, Pollard replied, “To be disappointed, you have to expect more. My expectation level is so low that I am not surprised. The government’s indifference to get us home would be crushing if I didn’t know that our faith in Hashem [God] and love of the land is so strong that it will eventually see us home.”

Netanyahu reportedly asked President Trump in November 2017 to allow Pollard to immigrate, to no avail. Pollard said that Netanyahu and other Israeli leaders weren’t sufficiently focusing on him.

“It’s a question of priorities; there always seems to be something else,” he said. “To make me a priority would mean that the government actually cared about me enough to say ‘This is what we want, he’s done his time, it’s time for him to come home,’ in a forthright manner. And that simply hasn’t been done.”

“If you don’t care about someone like myself, who spent 30 years in prison on behalf of the Land and people of Israel, then how much concern can you actually show or exhibit or feel towards anybody in the country, from our soldiers to our civilians?” he added.

Netanyahu’s office says they are committed to bringing Pollard to Israel and have brought the issue up multiple times with the Trump administration, according to The Jerusalem Post.

Pollard, a former civilian intelligence officer for the U.S. Navy, pleaded guilty in 1987 to sharing hundreds of classified documents with the Israeli government.

In addition to the ban on foreign travel, the terms of Pollard’s parole require him to wear a GPS monitor at all times, be confined to his home after 7:00 p.m. and have all his computers monitored by the government. Pollard has argued that being forced to wear the electronic tracker on the Sabbath violates his religious freedom.