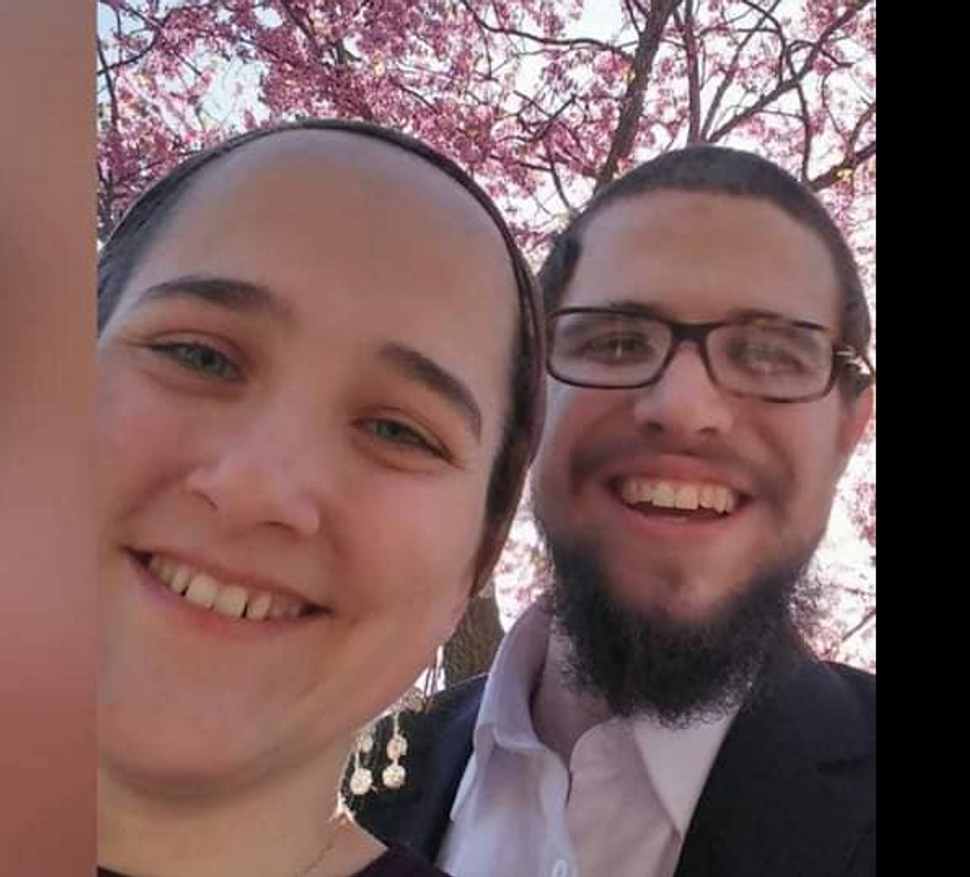 Christian missionaries posed as Orthodox Jews in Brooklyn and Chicago to convert their neighbors. Image by facebook

One half of the Christian couple who dressed and acted like Orthodox Jews and tried to convert their neighbors wrote a Facebook post this week defending their actions and lambasting the “fake stories” that have brought “shame to Judaism.”

Rivkah Joy Weber, who went by the name Rivkah Costello while living in the heavily-Jewish Chicago neighborhood of West Rogers Park, wrote on the social network that she and her husband love and “care deeply for” the Jewish community, according to a screenshot of the post taken by JTA journalist (and former Forward editor) Laura E. Adkins. Weber said that the couple’s intention was not to trick people, but rather to spread the word of their religion.

“We have made mistakes but have you not sinned too?” she wrote.

She criticized those who spread news of their scheme, saying that they “have brought shame to Judaism for how you have slandered us and even encouraged others to harm us and our children.” She said she was open to having an “honest discussion” about the situation.

Her husband used to work for Global Gates, an international Christian group whose mission is to reach “the world’s most unevangelized people groups,” according to a document obtained by JTA.