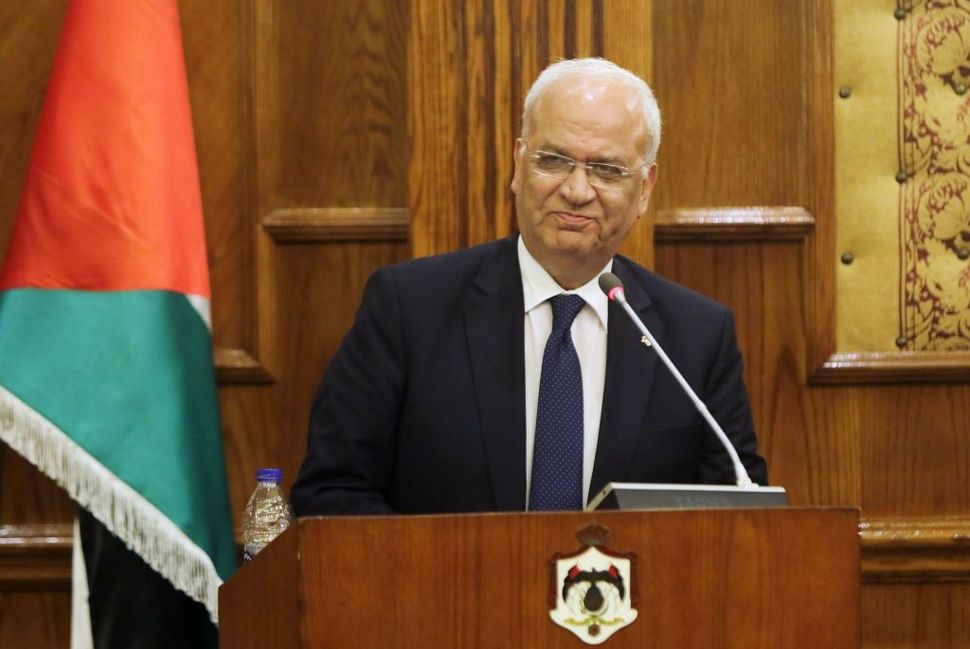 JERUSALEM (JTA) — The Palestinian Authority and the Palestine Liberation Organization made it official: They will not be attending the Trump administration’s economic summit next month in Bahrain.

The Palestinians said they were not consulted on the plan to hold the conference in Manama as part of the overall peace proposal of the Trump administration.

In a statement issued Wednesday, lead Palestinian peace negotiator and PLO Secretary-General Saeb Erekat said the decision to skip the meeting “is a collective Palestinian position, from President Mahmoud Abbas and the PLO Executive Committee to all Palestinian political movements and factions, national figures, private sector and civil society.”

“We reiterate that we did not mandate anyone to negotiate on our behalf. Those concerned and want to serve the interest of the Palestinian people should respect this collective position. Palestine’s full economic potential can only be achieved by ending the Israeli occupation, respecting international law and UN resolutions.”

The rest of the plan reportedly will be announced later this year.

In an op-ed that appeared Wednesday in The New York Times, Erekat wrote that a peace plan must address “the end of the Israeli occupation that began in 1967 and the preservation of the internationally recognized inalienable rights of the people of Palestine.”

“Unless the Trump administration’s plan addresses these issues head-on, it is a non-starter for the Palestinians,” he wrote. “It should be for the rest of the world, as well.”