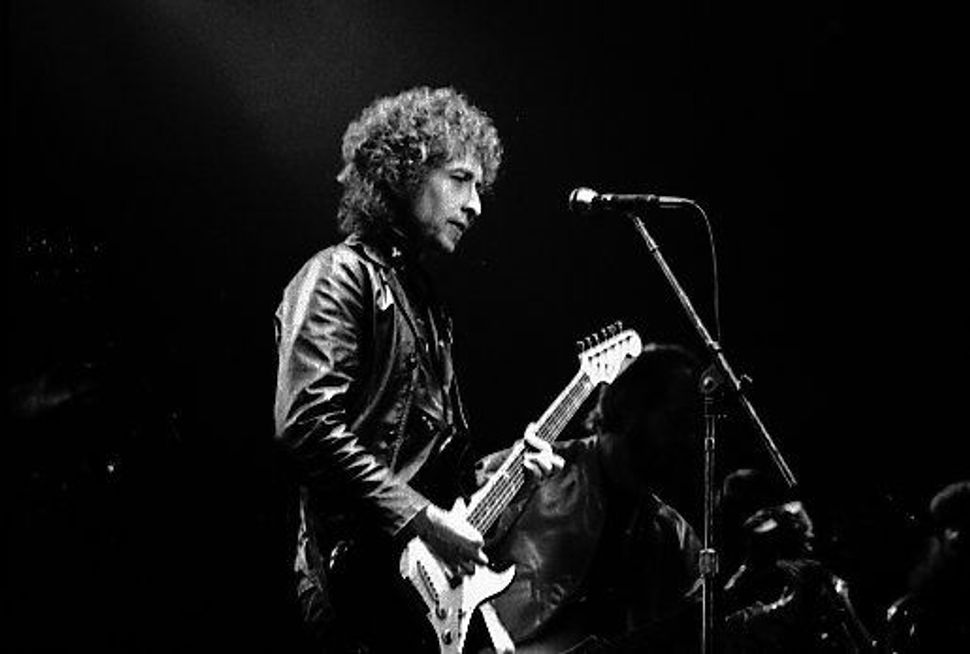 Did you know that Bob Dylan wrote a song about Israel? Image by Wikimedia Commons

The legendary musician turns 78 this year. Born Robert Allen Zimmerman, Dylan once lived on a kibbutz. He’s toured with the Rolling Stones, performing in Tel Aviv. He’s played his own shows in Israel, three times over the last thirty years.

But… did you know he also wrote an anthem about Israel?

On Dylan’s album, “Infidels,” Dylan sings the song “Neighborhood Bully,” released just after the 1982 Lebanon War. Dylan’s reference to Israel as “the bully” is satirical:

“Well, the neighborhood bully, he’s just one man / His enemies say he’s on their land.”

“They got him outnumbered about a million to one.”

“The neighborhood bully has been driven out of every land / He’s wandered the earth an exiled man.”

“Every empire that’s enslaved him is gone / Egypt and Rome, even the great Babylon.”