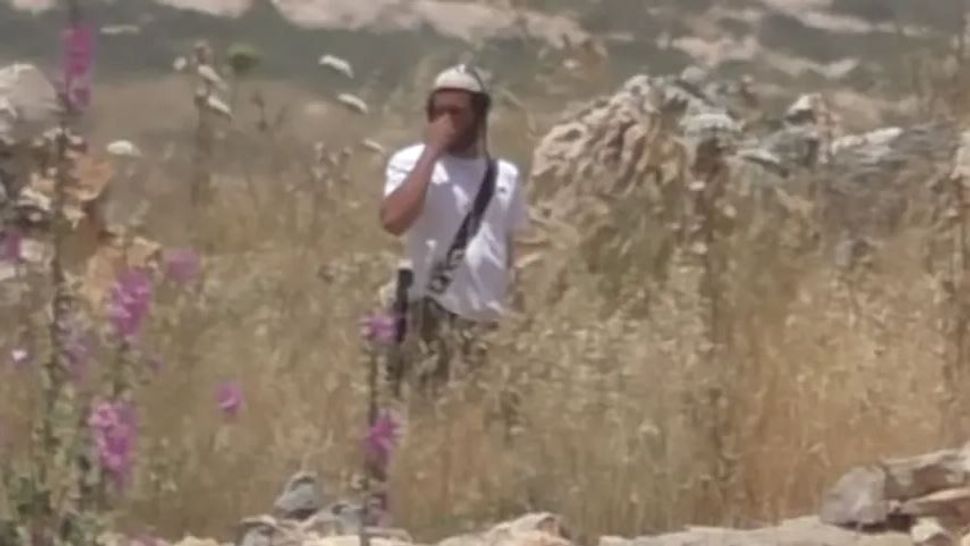 An Israeli settler was caught setting fire to a Palestinian field. Image by B’Tselem/YouTube

JERUSALEM (JTA) — An Israeli settler caught on camera by an Israeli human rights organization setting fire to a Palestinian-owned field in the northern West Bank was suspended from his combat unit in the Israel Defense Forces.

The soldier was home on a weekend leave from the military earlier this month when the incident occurred near the Yitzhar settlement, Israel’s national broadcaster KAN reported.

The IDF had accused Palestinians of setting fire to the field, but last week the human rights group B’Tselem released a video that showed the settler setting the field alight.

The police are investigating the incident.